As everyone and their mother knows, today the amazing game Grand Theft Auto V was released. In order to get all of you excited for its release we reached out to DJ Whoo Kid and DJ Cash VII to team up with the good people over at Rockstar Games to do some give-aways for GTAV swag. We decided to take it a step further though and create a mixtape for GTAV with exclusives from some of the hottest artists out. We were able to get exclusives from Tyga, Jadakiss, Roscoe Dash, Kool G Rap, Jon Connor, illGates & Wick-it, Futuristic, Ground Up, D-WHY, and many more (26 in total)!

GTA V, the video game which made $800 million dollars in one day when it was released to public on September 17, 2013. Rockstar Games has decided to release a 26 track mixtape for the video game collaborating with GoodMusicAllDay.com and DJ Cash VII. The mixtape features Tyga, Jadakiss, Roscoe Dash, Vado, Action Bronson, and more. 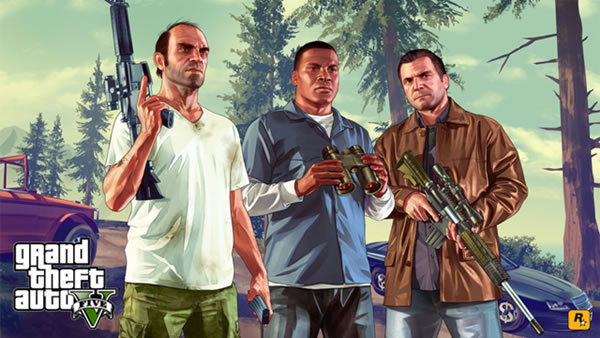