Total Recall is a 1990 American dystopian science fiction action film directed by Paul Verhoeven and starring Arnold Schwarzenegger, Rachel Ticotin, Sharon Stone, Michael Ironside, and Ronny Cox. It is loosely based on the Philip K. Dick story “We Can Remember It for You Wholesale”. It was written by Ronald Shusett, Dan O’Bannon, Jon Povill, and Gary Goldman, and won a Special Achievement Academy Award for its visual effects. The original score composed by Jerry Goldsmith won the BMI Film Music Award.

Plot: Earth in the year 2084. Construction worker Doug Quaid goes to Rekall Inc, which advertises that clients can pay to have synthetic memories of a holiday implanted in lieu of actually visiting the place. Quaid chooses an Adventure Scenario where he will be given the memories of a secret agent in action on Mars. But something goes wrong during the implant and Quaid emerges to discover that he really is a secret agent and that his entire life as Quaid is a set of artificial implanted memories. Hunted by assassins, Quaid heads to Mars where he becomes embroiled in a fight with a group of revolutionaries who are planning to overthrow the ruthless dictator Cohaagen. 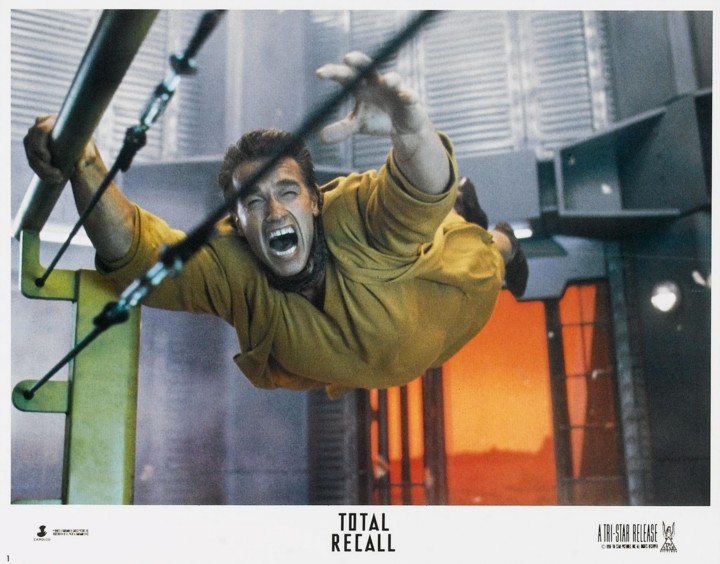