Grand Theft Auto V is an open world, action-adventure video game developed by Rockstar North and published by Rockstar Games. It was released on 17 September 2013 for the PlayStation 3 and Xbox 360. An enhanced version of the game was released on 18 November 2014 for the PlayStation 4 and Xbox One, and 14 April 2015 for Microsoft Windows. The game is the first main entry in the Grand Theft Auto series since 2008’s Grand Theft Auto IV. Set within the fictional state of San Andreas (based on Southern California), the single-player story follows three criminals and their efforts to commit heists while under pressure from a government agency. The open world design lets players freely roam San Andreas, which includes open countryside and the fictional city of Los Santos (based on Los Angeles). Wikipedia® 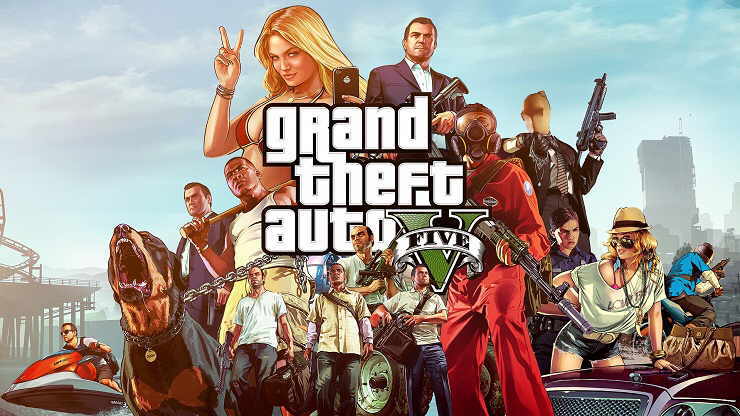