Grand Theft Auto V will be released on PC at the start of 2014, Eurogamer has reported. Citing multiple industry sources, the PC version of Grand Theft Auto V is said to be coming within the first quarter of 2014. The release window is said to mirror Grand Theft Auto IV, which Rockstar released on consoles in April 2008 before bringing it to PC in December that year. In August, Nvidia’s senior director of investor relations, Chris Evenden, noted a PC version of GTA 5 during a financial call. He said: “[PC] gamers are preparing their systems for a strong roster of games coming this fall, including blockbuster franchises such as Call of Duty: Ghosts, Grand Theft Auto 5 and Assassin’s Creed 4.” However, the firm said this was made in error and that they had no knowledge of GTA5 coming to PC. 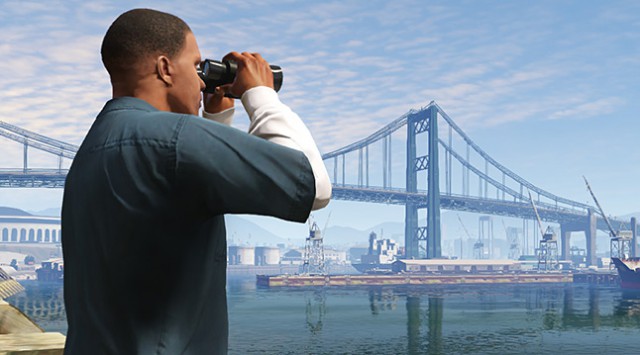 Good news for PC gamers who were left out form the initial rollout of Grand Theft Auto 5, as the game is said to arrive on their favorite gaming platform next year. Keep in mind that the information has yet to be confirmed by Rockstar, so take it with a grain of salt. Stay tuned for more updates on the matter