Dragon Ball XenoVerse (officially abbreviated as Dragon Ball XV) is a video game based on the Dragon Ball media franchise. It was released in February of 2015 on the PlayStation 3, PlayStation 4, Xbox 360 and Xbox One consoles and on the PC for Microsoft Windows via Steam. XenoVerse is the first Dragon Ball game released on some eighth generation consoles. Unlike the previous games of the series that usually follow the original Dragon Ball canon, “XenoVerse” will feature an entire new story, featuring the player’s custom character. The 2014 V-Jump #7, which announces the game, draws attention to a mysterious figure watching the first battle between Goku and Vegeta from the shadows. With red hair, a scouter, and the Capsule Corporation logo on his sleeve, this character’s identity was not clear. However, after some time it was revealed that this mysterious warrior is in fact a created character, thus confirming character creation for Dragon Ball XenoVerse. Another returning character is Time Patrol Trunks from Dragon Ball Online, who helps you restore time. Two new areas are also showcased: a completely new Hyperbolic Time Chamber-like area named the Time Storage Vault,[8] and the other being a high-tech city with what appears to be a Time Machine landed on it. The story is revealed to be about two villains named Towa and Mira manipulating history, Time Patrol Trunks summoning a hero using Shenron to help him (the player being the hero) with the hero being tasked with restoring the timeline. The story borrows many elements from Dragon Ball Online, including Towa and Mira manipulating time, and Time Patrol Trunks trying to restore the timeline with the player’s help. Wikipedia® 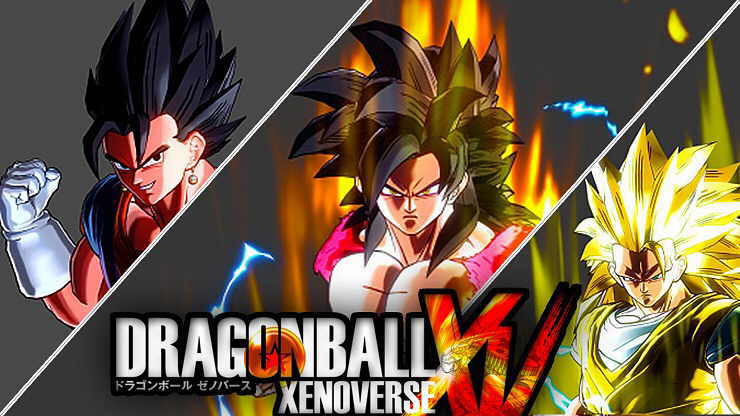 Developed by famed Osaka-based Japanese videogame developer Dimps (the team behind the fan favorite Dragon Ball Z: Budokai series); Dragon Ball XENOVERSE will be the first Dragon Ball game to make its way to the new generation of consoles with all the epic battles fans have come to expect between Goku and his most feared enemies; Vegeta, Frieza, Cell and many others, with brand new gameplay design. Dragon Ball XENOVERSE will take the beloved universe from series’ creator Akira Toriyama by storm and break tradition with a new world setup, a mysterious city, a mysterious fighter and other amazing features to be announced in the future.