Bioshock Infinite – Burial at Sea Trainer. Burial at Sea – Episode 1 is the first part of the story-driven downloadable content of BioShock Infinite, coming out on November 12th for $15.00 USD on Playstation 3, Xbox 360, Windows PC and OSX . It will also be free to purchasers of the Season Pass. This DLC puts the player in the role of Booker DeWitt in a new story, taking place in the city of Rapture right before its fall. This DLC features the city of Rapture rebuilt from scratch with game mechanics and the Unreal Engine 3 used for BioShock Infinite. It includes new weapons, new Plasmids (replacing Vigors), new Gear, and Tears. The first half of Episode One focuses mostly on an exploration of Rapture and its story, while the second half focuses on combat mechanics close to that of the first BioShock game, with scarce resources and tighter spaces as opposed to the larger, open areas of Infinite. 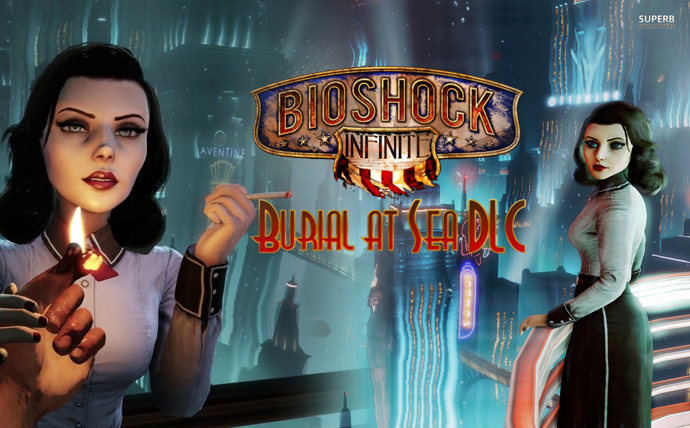