Wax Fang’s appetite for sonic exploration has always yielded landmark music with one foot rooted in the classic, the other in another galaxy. From the psych pop of 2005’s Black & Endless Night to the epic progressive rock of 2007’s La La Land to the space rock freak fest of 2010’s The Astronaut, Pt.1, each chapter of the band’s history is more adventurous than the last. After a lengthy hiatus, October of 2012 will ﬁnally see the release of the band’s next musical offering- the 4 song EP, Mirror, Mirror (via Karate Body Records). Led by singer and guitarist Scott Carney’s urgent voice and narrative prowess, Mirror, Mirror is a foray into the darker portals of Wax Fang’s musical imagination, where aural feeds visual and vice versa until the two are intertwined.

Wax Fang – Hearts Are Made For Beating (Official Video)

Wax Fang – Hearts Are Made For Beating Lyrics: 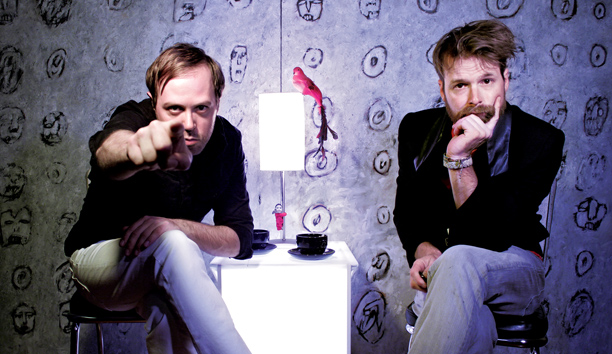