Aral is a brand of automobile fuels and gas stations, present in Germany and Luxembourg, but formerly used in most countries of Western and Central Europe. The company behind the brand name, Aral AG (previously Veba Öl AG), is owned by BP, but was established in 1898 as Westdeutsche Benzol-Verkaufs-Vereinigung GmbH. The Aral brand was introduced in 1924 and is a portmanteau of the German words “Aromaten” and “Aliphaten”, alluding to the aromatic and aliphatic components found in gasoline, respectively. On July 15, 2001, it was agreed that 51% of the stakes in Veba Öl AG would be acquired by Deutsche BP AG. Beginning February 1, 2002, the acquisition was completed. The Aral brand name was retained, and 650 BP stations in Germany were rebranded to Aral.[1] 6 BP branded filling stations remained operational in Germany to protect the company’s rights to the name, while elsewhere, as Poland and Austria, the Aral stations were switched to BP. In some countries the Aral national chains were sold. Aral’s slogan is “Alles super”. Wikipedia®. 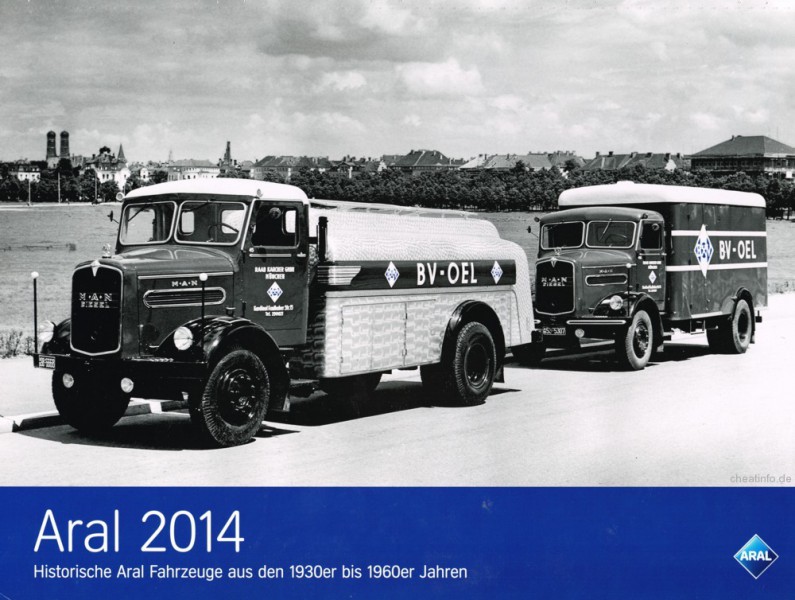 Aral’s origins go back over 100 years, to the formation of Westdeutsche Benzol-Verkaufs-Vereinigung GmbH in November 1898 as a marketer of benzole, a by-product of coal. From this lengthy name, the abbreviation BV was used as a trading name and the main motor spirit was Bevaulin. In 1924 a new name was added to certain blends: ARAL, which came from the words “ARomaten” and “ALiphate” which were felt to be the new fuel’s qualities. Over the next 50 years ARAL became the main brand, although the BV was not removed from the logo until 1974. As a benzole producer, Aral did not add lead to its petrol in the 1950s/60s and worked quite closely with other oil companies: until the 1990s Mobil kept a stake of almost 30% which the EU required to be sold following the Exxon-Mobil merger. This led to it becoming wholly owned by E.ON AG, formerly Veba AG, a large German energy utility. In mid 2001 BP acquired Aral and Veba Oel, but the Aral name replaced BP on its German service stations, although over 750 BP or Aral stations were sold to Orlen/Star and OMV to satisfy the Federal Cartel Office.