Yunalis Mat Zara’ai (born 14 November 1986 in Alor Setar, Kedah, Malaysia) or commercially known as Yuna, is a Malaysian singer, songwriter and businesswoman. Yuna is an independent Malaysian singer-songwriter. She began writing her own songs when she was 14 years old, and her first performance of her own songs was at the age of 19, after she learned how to play guitar. She has performed in numerous acoustic shows and events in many parts of Malaysia since 2006. Yuna was eventually discovered in the US by the Indie-Pop record label and management company. They flew out to Malaysia to convince her to sign with them and then proceeded to get her a deal with FADER Label, a record label based in New York, in February 2011.[3] She released her debut US EP, Decorate, in the United States in March the same year. One of the first few people who expressed interest in her music was Farhan Fadzlishah aka Pa’an (Telephony Delivery), who later became her supporting guitarist. Along the way, Efry Arwis (Lightcraft) helped her with the bass while Adib Azfar handled the drums. Adil Ali (Seven Collar T-shirt) replaced Adib Azfar after the latter quit to concentrate on his drumming role in Oh Chentaku. Yuna performs with her band when she is not active in acoustic gigs. On January 24, 2012, her new single “Live Your Life” debuted on iTunes. The track was produced by Grammy Award-winning producer Pharrell Williams.[5] MTV Iggy described the track as ‘polished until it gleams but instead of burying Yuna, it lifts her up. The track has hints that a diva is waiting to shine’. On February 16, 2012, the official music video for “Live Your Life” was released. On April 24, 2012, Yuna’s U.S. debut self-titled album was released. Debuting at #23 on the Pop chart and #86 on the Top 100 Albums on iTunes, Yuna was also #23 on Billboard’s Heatseekers Chart. Accolades from fans and critics alike, such as Billboard, NPR, Elle, NY Times, Vibe, Allure, Seventeen, MTV Style, Marie Claire and National Geographic, who raves that her sound is “as fresh, honest and deeply personal as anything by Bon Iver or tUnEyArDs,” have been rolling in. She performed “Live Your Life” on late-night TV shows Conan and Last Call with Carson Daly. She was featured on the CBS Evening News in a featured profile piece and toured with Graffiti6 with stops at Bonnaroo and Lollapalooza. She also contributed to the Savages soundtrack on the track, Here Comes the Sun. Wikipedia®.

Yuna understands the importance of music and has the ability to write songs that transcend any and all boundaries. With her soft vocals and warm acoustic guitar, this singer-songwriter crafts intriguing and infectious ruminations on life, love, and so much more. 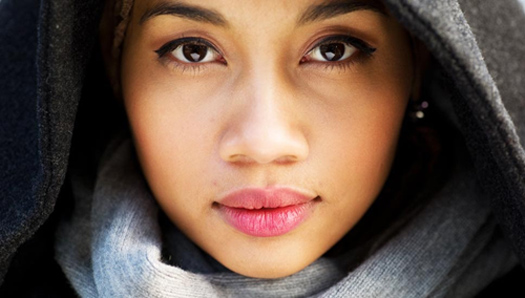