Arcania: Fall of Setarrif is the official standalone expansion for Arcania: Gothic 4. It was released on October 25, 2011 after a long period of silence from both publishers and after being delayed indefinitely in March 2011. It was announced by Spellbound and JoWooD on December 9, 2010. Arcania: Fall of Setarrif ties up the loose ends of the main game’s story and adds yet another chapter to the epic tale. After the demon that possessed King Rhobar III was exorcised, it made its way to Setarrif to find a new host. In Setarrif, which is cut-off from the rest of the island, chaos and anarchy spread rapidly. King Rhobar III is troubled by these facts and is afraid of losing the city and some of his companions, which are in Setarrif at that very moment. The nameless hero therefore is sent by the king and must journey to Setarrif but he has no idea of what lies before him. Wikipedia®. 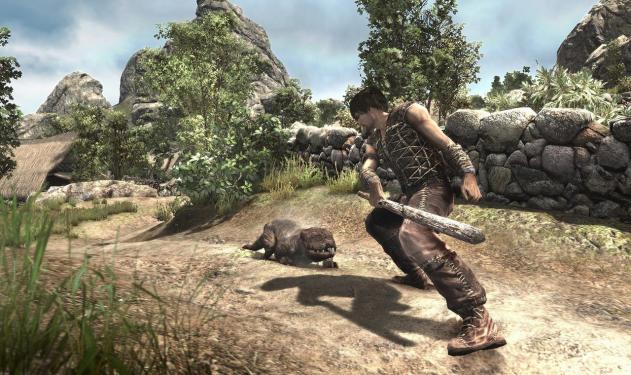