Radical Something is an independent trio composed of Alex Lagemann (Loggy), Josh Hallbauer (Josh Cocktail), and Michael Costanzo (Big Red). According to Billboard.com the trio “blends hip-hop and rock with a decidedly Californian vibe”. Lagemann and Costanzo met while attending UC Berkeley on football scholarships, and began their music careers recording hip-hop songs in their college apartments. In February of 2011, Lagemann and Costanzo met Josh Hallbauer at a New York City recording studio. In their first session together, they wrote the song “Be Easy”, and uploaded an acoustic video of the record to Lagemann’s YouTube page. The video was seen by photographer, Bruce Weber, who immediately hired the trio to act in and produce a short soundtrack for his short, “Don’t Steal The Jacket”–a 24 minute film for Moncler Jacket’s 2012 Winter campaign. When filming wrapped, Lagemann, Costanzo, and Hallbauer chose to cancel their flights home in favor of recording more songs together. The trio spent 2 weeks at a home studio in Boca Raton, Florida, finishing 7 songs, and ultimately deciding to form the band, Radical Something. The newly formed group finished 8 more songs in the following months, and released their debut album “We Are Nothing” on September 20, 2011. On February 26, 2012, Radical Something released the EP No Sweat, reaching #6 on the iTunes overall album chart. No Sweat also reached #9 on the Billboard Heatseekers albums chart and #33 on the Billboard Independent Albums chart. Wikipedia®.

Radical Something – Spraypaint Lyrics:
Welcome to my colorful oblivion,
Where all the people in the car that I’m sittin in
Are cruising just to cruise and laughing just to laugh
And smiling just to show the whole world that
It’s our chance
When the sun shines up and you make your mind up
There’s only one place that you might wind up
Stumble over happiness and just find love
Born and raised, blessed and made
Learn to create, teach and mentor
Never delay, do whatever it takes
So we can meditate a clever escape and adventure now

[Chorus]
People think they know me but why they trying to size me up?
Ain’t nobody own me, see you should do whatever you want 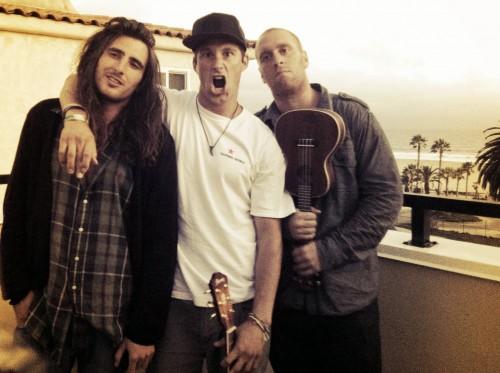