Ys Seven is an action role-playing video game developed by Nihon Falcom and the seventh installment in the Ys video game series. It was released in Japan during 2009 for the Sony PlayStation Portable and was released by XSEED Games in North America on August 17, 2010, in Europe on November 3, 2010 and in Australia on February 20, 2013. The game was released for Microsoft Windows in China on June 20, 2012; a Windows version of the game was released in English worldwide in August 2017. Adol and Dogi reach the Capital of Altago in an attempt to find more adventure. While exploring the town, they get into trouble trying to save two sisters who were being harassed by the local Dragon Knights, which is the army force of Altago. They are thrown into the cells but thanks to their reputation as adventurers, they get a request from the king to help him investigate some strange earthquakes going on lately, as his men have not been able to find anything. On their way, they find out the Five Dragons are awakening once again to prevent a great catastrophe, lending their power to Adol to help stop it. Wikipedia®. 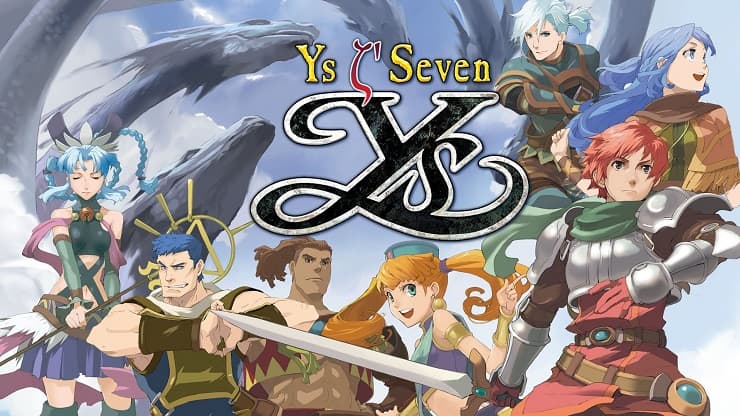 Originally released as a PSP exclusive, Ys SEVEN was the first fully 3D Ys title, the first Ys title to include a party-based battle system allowing players to swap control of characters in real-time, and the most story-heavy Ys game of its time. This original PC port presents the game in full upscaled HD with a wide variety of resolution options, smooth 60 fps gameplay, full Steamworks integration featuring a variety of new achievements, and even a revised localization to ensure players receive the most immersive gaming experience possible. Join redheaded adventurer Adol Christin and his loyal companion, Dogi, as they make good use of their pirate connections from adventures past to weigh anchor in the bustling port city of Altago – a former world trading capital that was cut off from foreign visitation for far too long by an all-too-recently ended war with the Romun empire. The people of Altago are still distrustful of foreigners, and the land is crawling with monstrous creatures who are invulnerable to standard steel, rendering Adol’s tried and true arsenal of weapons from games past ineffective. Forced to rearm and retrain from scratch – and to prove his worth to this new country’s somewhat xenophobic populace – Adol takes up a king’s quest to explore a nearby set of ruins, only to find himself embroiled in a high-stakes game of appeasing ancient dragons and saving the world… yet again.