Young Galaxy – Fever
Ultramarine is the name and colour of Young Galaxy’s fourth LP, the first album they have made away from Montreal, across the sea, all together. Like 2011′s Shapeshifting, Ultramarine was made with electronic producer Dan Lissvik (Studio); but this time it was made in Gothenburg, Sweden, at Lissvik’s studio; this time five musicians stood in a room with Lissvik, playing their instruments; this time every song was sung by co-founder Catherine McCandless, with eyes on a blue horizon.

These are ten tracks of shining, glimmering electronic pop – songs that scatter across the dancefloor, swim through headphones, ringing out like a cold new summer. A modern record, beautifully now, and in a way more direct than anything Young Galaxy have ever made. This band has always loved pop music; here they lean into this love, finding lyrics that speak more to the beat than to intimate autobiography. They summon the spirit of our new century songbook, songs from Sweden to Manchester to down the block: “Fools Gold”, “We Share Our Mother’s Health”, “Protection”, “Machine Gun”, Orbital’s “Belfast”, or Factory Floor’s “Two Different Ways.”

“In being away from home we felt like we could risk more,” McCandless says. “Take bigger chances. Things we didn’t think would work, we tried anyway.” Whereas Shapeshifting was compartmentalized – songs recorded in Montreal, sent to Lissvik to transmute – Ultramarine came to Gothenburg as a live work, the sum of a performing band’s blood and sweat. Once they arrived in Sweden they reinvented the material, together. But the live performances’ visceral energy stayed at the forefront – these songs aren’t mixing-board creations, they are kinetic, inhabited, and full of breath.

Lissvik likes to do a lot of takes. Sharing a single small apartment, Young Galaxy played and played, building a new mission statement. McCandless spent an entire week recording vocals. “I can’t act. I can’t fake it,” she says. And although Ultramarine is more direct than previous records have been, with songs of azure longing, Young Galaxy haven’t lost their other aspect: a willfulness, a purposeful independence, and a sense of darkness, unilluminated. “If a song is too sweet, it’s not right.” As lighthearted as Ultramarine can be – as much as you can dance to it – there is also something elemental, something underneath. As McCandless puts it: “Music is a doorway into an engine room.”

From out of that engine room, dazzling new songs. Ultramarine rings and shoves, clear as rhythm, hidden as heartbreak. A record becomes timeless by being of its time, by singing out its ambition, with hooks & hooks & the promise of something more. Young Galaxy are Catherine McCandless, Stephen Ramsay, Stephen Kamp, Matthew Shapiro and Andrea Silver. They are from Montreal. copyright 2012 YOUNG GALAXY 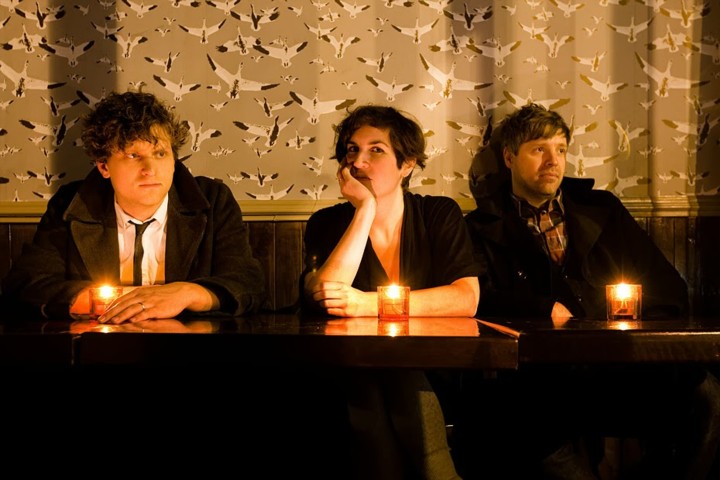