Yuri Kane is a Russia-based trance producer from the city of Krasnoyarsk, Siberia, who in autumn 2009 blew up the trance scene with his impeccable production ‘Right Back’ supported by legendary DJs including Pete Tong on ‘BBC Radio One.’ In Russia, the track hit the largest Russian dance music radio station, Record, with over 20 weeks in the Record Super Chart! Having been inspired by the feedback, Yuri Kane made another track – ‘Daylight’ – together with a Canadian vocalist Melissa Loretta. The new production consolidated the prior achievements and became #1 in the US iTunes store. ‘Daylight’ was supported by famous Judge Jules in his radio show ‘Live on Radio 1,’ by Tiesto in his show ‘Club Life,’ and, of course, by Armin van Buuren in ‘A State of Trance’ where ‘Daylight’ became Future Favorite.

Born in Tirgu Jiu, Romania, Alexandra began her career in high school, with the local radio station, hosting several entertainment shows. At the same time she made her debut in modelling and attended numerous cultural events, both as a singer and presenter. These collaborations set the path for her future professional steps, for, at only 24 years of age, she already has more than 5 years experience in the media. Ever since 2008 Alexandra works at Intact Media Group, a top Romanian media trust, as an editor-TV host. Where her musical career is concerned, Alexandra has accomplished a premiere for Romanian electronic music: alongside the DJs Snatt & Vix she had a song signed by Armada Music record label, owned by world renowned DJ Armin Van Buuren. Cold Shower, the track with lyrics composed and sung by Alexandra, quickly became one of the most appreciated trance anthems in Romania. Moreover, the official video for Cold Shower attained appraisal from both the public and the press, not to mention 300,000 views on YouTube. Another one of her songs, Summer of Love, a melodic summer tune, has passed the 3,5 million views milestone. Music is part of her life and her childhood dream, to perform on some of the biggest stages, together with significant artists in the industry, was accompanied by her innate passion for electronic music. With dedication and perseverence, Alexandra set her goal: to bring the Romanian trance music wave to the attention of international artists. And she succeded in her efforts, for her shows, held in large gigs – Liberty Parade, Mission Dance Weekend, Armada Night – also attended by famous DJs such as Tiesto, Paul Van Dyk, Above and Beyond, Ferry Corsten or Moby, lead to the rise of her tracks (Cold Shower, In My Eyes, Love My World) in radio charts. Presently, Alexandra is collaborating with DJs and lyricists from Romania, The Netherlands and Great Britain for upcoming singles.

3 years after the world was taken by his monster-hit ‘Right Back’, Russia’s Yuri Kane is given a warm welcome by Andy Moor’s AVA Recordings. Featuring the dreamy vocals of Alexandra Badoi, is ‘Let’s Fall In Love’. After collabs with Jeza, The Blizzard and remixes for Cosmic Gate, Luke Terry and Omnia, Yuri Kane lands his latest work of production art on AVA. ‘Let’s Fall In Love’ has that sweet, soothing sound of a prog-trancer, but the bass of a peak-time club destroyer. Everything you need. If you’re craving even more big-room, don’t forget to raise the volume on the Aleksey Sladkov remix of ‘Let’s Fall in Love’.

Yuri Kane feat. Alexandra Badoi – Let’s Fall In Love Lyrics:
The dream is endless
My heart is restless
Tell me
Why can’t we give it one more try
Let’s stop pretending
‘Cause there’s no ending
Maybe
I need to know it’s not a lie
I know you want more
I need to be sure
This is not a part you play
I feel you want more
I wanna be sure
Love will stay another day
Let’s fall in love. 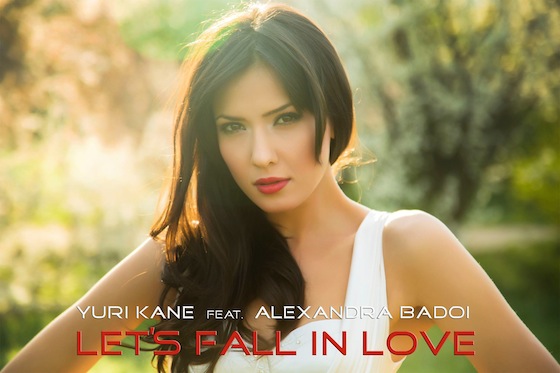