Pop n’ Roll band The Slightlys, has a penchant for insistent, hook driven, unapologetically catchy songs. Led by songwriter and frontman Finneas O’Connell (who found success as an actor with reoccurring roles on Glee and Modern Family and in movies such as Bad Teacher), the band consists of four teenagers born and raised in Los Angeles California. The group met each other at a battle of bands at Club Nokia in 2012 while each playing in different bands with all losing the contest that year. In 2014 they came together to form The Slightlys and took home first place in that same competition. The Slightlys soon released their debut single “Superhero”, which attracted widespread attention leading to a dedicated fanbase as well as offers to play such high profile festivals as The Warped Tour and The Twilight Concert Series along with iconic venues such as Club Nokia and The House of Blues. 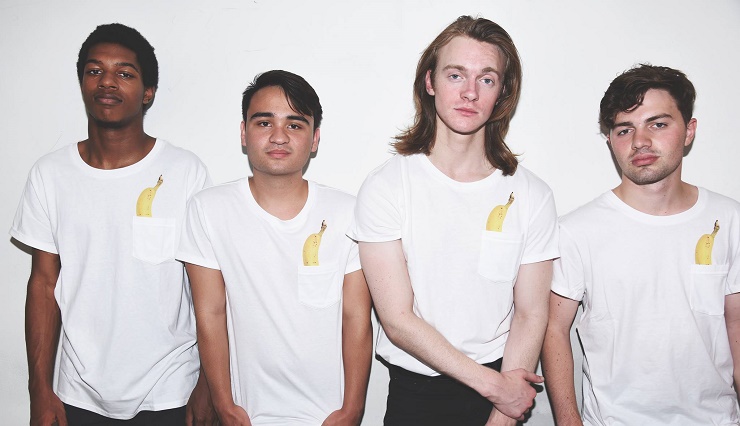 In 2014, The Slightlys returned to the studio to record their debut EP with famed producer/engineer Eric Palmquist (Bad Suns, Night Riots, HUNNY). The result is a collection of power pop anthems with melodic guitar riffs, catchy choruses and a driving insatiable rhythm section rarely heard in rock music today. The first single “Desperate Measures” is an angsty instant pop anthem featuring radio-ready hooks and close vocal harmonies. “A Warning” features O’Connell’s rich soulful tinged vocals over insatiably danceable drums. All in all songwriter Finneas O’Connell hopes his songs “inspire people to never stop working on the things they love and to remember that although being patient sucks, you’ll need to be patient if you want things to turn out right.” EP is set for release in early 2016.

The Slightlys: Desperate Measures Lyrics:
You got me up and at ‘em
Got me jones-ing for your touch
I can’t stand, I can’t stand without you
You fit me like a crutch
You’re a teenaged heart attacker
Got me going getting rough
You’re in my blood, you’re in my blood
I’m on a different kind of drug

I’ll join your cult, I’ll drink your Kool-Aid
I’ll break my back, whatever you say
Walk ’til my feet start to bleed and just keep on walking
I’ll dye my hair, I’ll change my name
I’ll play along, just teach me your game
You don’t play fair, I’m aware but I don’t care I’m not stopping