Sword Coast Legends is a role-playing video game developed by n-Space in collaboration with Digital Extremes. The game was released worldwide on October 20, 2015 for Microsoft Windows, OS X, and Linux, with PlayStation 4, and Xbox One versions coming out in 2016. The game is set within the universe of Forgotten Realms, a campaign setting of Dungeons & Dragons. The game is a role-playing video game set within the Dungeons & Dragons universe. It features typical races and classes of the Forgotten Realms setting. The game is set in fictional Sword Coast region of super continent Faerûn on planet Toril. Graphics are in 3D with “isometric” viewpoint. It resembles older Dungeons & Dragons games such as the Baldur’s Gate and Neverwinter Nights series. One major addition to the game that it allows players to be a “dungeon master” (or DM). Thus, the game will resemble the tabletop version of Dungeons & Dragons. It features single-player and co-operative muliplayer modes. The game is available on several platforms including Microsoft Windows, OS X, Linux, PlayStation 4, and Xbox One. It was released in 2015. The game was directed by Dan Tudge, the president of N-Space and the director of the critically acclaimed Dragon Age: Origins. Inon Zur, who previously led the music development of Dragon Age: Origins and Fallout 3, composed the music for this game. Wikipedia®. 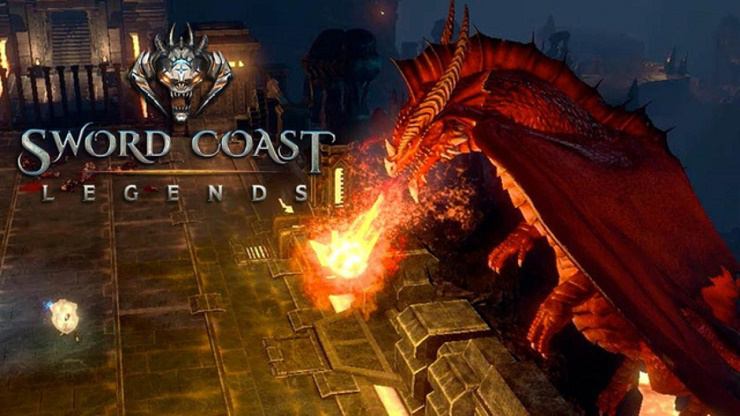 Set in the lush and vibrant world of the Forgotten Realms, Sword Coast Legends offers an all-new way to enjoy the time-tested magic of playing Dungeons & Dragons as a shared storytelling experience. With a deep narrative developed by a team of long-time industry veterans and a partnership with Wizards of the Coast, the single player campaign of Sword Coast Legends brings the world of Faerûn home like never before. Sword Coast Legends also brings the roleplaying dynamic between players and Dungeon Masters to life with DM Mode, a first-of-its-kind real-time experience in which Dungeon Masters guide players through unique customizable adventures. In DM Mode, the Dungeon Master engages players and empowers them to have fun in a way that suits the party best while creating a tailored, non-adversarial 4 with 1 experience that any RPG or pen-and-paper fan will enjoy.