Skip to content
Home » Music » St. Paul and the Broken Bones – Half the City

St. Paul and The Broken Bones got a little bit of soul. Paul is a young man who began wailing straight out of the womb, and most folks would agree that he hasn’t stopped since. “Oh what a set of lungs that child has,” they’d say, “he must be destined for something special.” Not wishing to disappoint, and being a good young southern boy, Paul began singing in church, stretching those vocal cords with an eye toward becoming a man of the cloth. As it turns out, however, the cloth didn’t appreciate young Paul’s affinity for dirty jokes, Prince, and Tom Waits, and he was inclined to search elsewhere for co-conspirators. He began plying his trade with whomever would have him, and happily, folks were mostly impressed by his efforts. With a wholly re-imagined take on the sounds he’d grown up singing and seeking, Paul recruited a rag-tag band of loveable weirdoes, visionaries, and hacks to help him harness the power he now knew he possessed. Under the nom du guerre St. Paul and the Broken Bones, the motley crew roams the countryside looking to get cabooses shakin’, faces meltin’, and brothers and sisters everywhere testifyin’.

St. Paul and the Broken Bones – Half the City

St. Paul & the Broken Bones perform “Half of the City” in this episode of Southern Living’s Biscuits & Jam at Avondale Brewing Co. in Birmingham, AL.

St. Paul and the Broken Bones – Half the City Lyrics:
I been born and I been tired
All those cold songs
Can’t let me cry
Like a of a song

I populated half the city, child
But I still can’t find no love
Somebody pass the ehaling
From block to block

Ain’t no way that I could stay here
There she goes, her arms toward home
To glory

My city
What have you heard me been?
But there ain’t no love in here
Better hide, understand?

Hoack my pain in
I’m not passing up
I just can’t get it good, heart
This ain’t enough

Ain’t no way that I could stay here
There she goes, her arms toward home
To glory

Let let let me hold her. 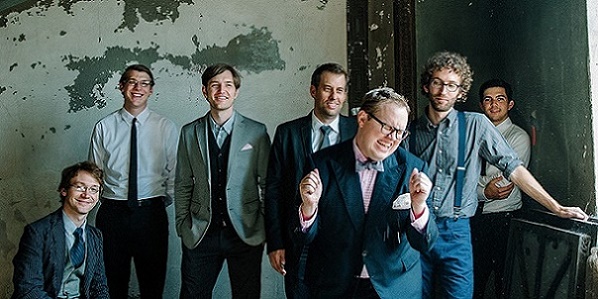