Just days after graduating high school in his hometown of Chicago, singer, actor, dancer, songwriter and composer Justin Stein hopped on a plane to LA in pursuit of his dream. After years of experience singing and acting in theatre, this multi-talented 18 year old is giving his all to make it happen. Deferring his fall 2008 admittance to NYU, Justin recently completed traveling around the country as the official opening act for Corbin Bleu’s 2008 Summer Tour. This fall, Justin also had the pleasure of opening for Jesse McCartney, Jordin Sparks, and Raven-Symone. Now, Justin’s new single “Lose Control” off his recently released self-titled debut album is featured on Radio Disney (Disney’s Incubator) and spinning on the radio airwaves. His music is a fusion of pop, rock, and R&B. Electrifying and high energy, his up tempo tracks “Leave It On The Floor,” “Lose Control,” and “Don’t Be Playin With My Heart,” are sure to have audiences up on their feet. Justin’s ballads “Sweetest Girl” and “Ill Never Look Away (Hey Girl)” are a true testament to young love, and beautifully showcase this teen singer/songwriter’s talent.

Justin Stein – Loving On The Weekday

Justin has been singing before he could speak (according to his mother who has the embarrassing yet adorable home videos to prove it!). When he was five years old, he had his first solo performance. Booked as the only child performer in a local adult talent show, he magnificently belted Al Jolson’s “Swannee” in front of six hundred people. Before the song finished, the entire crowd gave him a standing ovation. When Justin stepped off the stage he knew exactly what he wanted to do for the rest of his life. Since that moment, Justin never stopped propelling his career forward. He spent several years performing in children’s theatre and community theatre productions around his hometown and trained heavily with several acting coaches as well as in classical voice and vocal technique. He soon began to perform at professional venues in the Chicago area. Some of the highlights are: sharing the stage with Patti LuPone in “Gypsy” at the Ravinia Festival, portraying “Dickon” in Porchlight Theatre’s “The Secret Garden,” performing in “Bye Bye Birdie” at the Marriott Theatre Lincolnshire, and performing twice at the Symphony Center. Justin’s most recent theatrical experience was onstage at Lincoln Center in New York, where he joined a prestigious cast which included: Gabriel Byrne, Christopher Lloyd, Fran Drescher, Stacey Keach, and the New York Philharmonic Orchestra in a production of “Camelot.” This production aired as a PBS special. 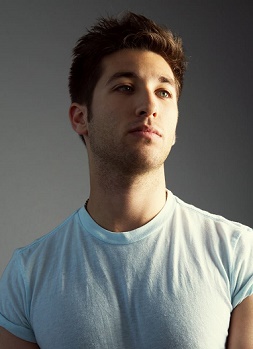