Sin City: A Dame to Kill For is an upcoming 2014 American film and sequel to the 2005 film Sin City. Robert Rodriguez and Frank Miller are set to direct a script co-written by them and William Monahan and primarily based on the second book in the Sin City series by Miller. One of the smaller plots of the film is based on the short story “Just Another Saturday Night”, which is collected in Booze, Broads & Bullets, the fifth book in the comic series. Two original stories written by Miller were also created exclusively for the film. Sin City: A Dame to Kill For was scheduled to be released on October 4, 2013 but was pushed back until August 22, 2014. Wikipedia®.

Sin City: A Dame To Kill For – Official Trailer #1

Robert Rodriguez returns to direct this follow-up to Sin City from a script by Frank Miller and William Monahan based on preexisting stories along with new ones written for the big screen. osh Brolin stars in the adaptation of the comic mini-series (Sin City: A Dame to Kill For), which tells the backstory of Clive Owen’s Dwight character as he is wrapped up in the thralls of femme fatale, Ava (Eva Green). Also new to the series is Joseph Gordon Levitt, who plays Johnny, a mysterious gambler set on taking down his sworn enemy in a high stakes game of life and death. Mickey Rourke, Rosario Dawson, Jessica Alba, and Jaime King return for the Dimension Films release, with Jamie Chung and Dennis Haysbert stepping into roles left by Devin Aoki and the late Michael Duncan Clarke. ~ Jeremy Wheeler, Rovi 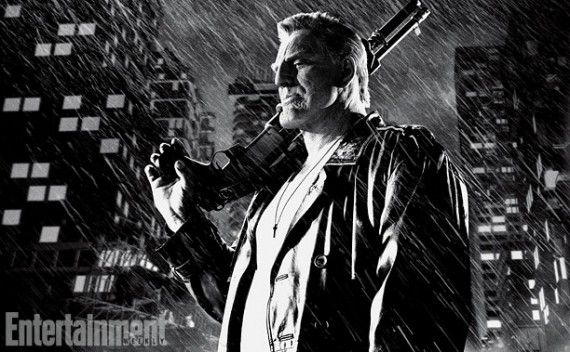 Rourke’s storyline in A Dame to Kill For is based on Miller’s comic book narrative “Just Another Saturday Night”, which reveals what Marv got up to on the night after he saw Nancy meet up with John Hartigan (Bruce Willis) – fresh out of prison – in the first movie’s segment “That Yellow Bastard”.