Skip to content
Home » Music » Juce – Call You Out

Georgia, Chalin, and Cherish make up the retro-pop trio JUCE who just dropped their debut single ‘Call You Out’, and simultaneously dropped everyone’s jaw with how great it is. They describe themselves as “TIMELESS/FRESH/SOUL/LIVE/GIRL BAND” and it’s spot on. They’ve channeled the best of 90’s R&B and pop music while keeping it modern enough to not seem cheesy. If the trio keep dropping tracks like this, it’s only a matter of time before they blow up.

JUCE – Call You Out

JUCE are London trio Georgia, Chalin & Cherish and this is their debut video, “Call You Out”. Directed and Produced by Cieron Magat.

JUCE are a new London trio living up to their name by being 100% more interesting than those new, strangely popular coconut water cartons. Sparkling water, too. That’s got nothing on JUCE. They’re a trio consisting of Georgia, Chalin and Cherish. They’re already calling themselves “timeless”, but debut ‘Call You Out’ could pretty much emerge from any era – the 70s onwards – and have the same impact. Using smile-inducing soul as its base, it triggers off a series of head-turning percussive traits and gorgeous, summer-invested harmonies.

Juce – Call You Out Lyrics: 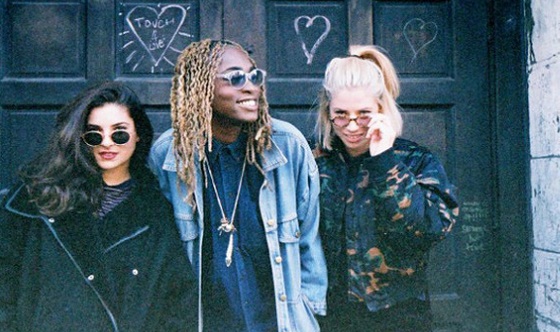