Seattle folk-pop band Ivan & Alyosha are set to release their debut album “All The Times We Had” as a follow up to their well received 2011 EP “Fathers Be Kind”. The EP won the band recognition and praise from the likes of American Songwriter, Relix (On The Verge Artist), Paste, and NPR’s “All Things Considered” and “Tiny Desk” series. The band’s forthcoming debut was recorded at Avast! in Seattle, co-produced by Chad Copelin and mixed by Jesse Lauter (The Low Anthem, Bobby Long), who brought out the warmth in the studio recordings. All The Times We Had has a vast emotional sweep, channeling the struggle between the band’s faith in their music and life on the road into a visceral and vulnerable statement.

Although based in Seattle, Ivan & Alyosha create a sound that’s distinctly Californian, with acoustic instrumentation and bright vocal harmonies that evoke the West Coast’s summery, Southern locales. The band formed in 2007, when solo songwriter Tim Wilson met Ryan Carbary. Taking their name from Dostoevsky’s The Brothers Karamazov, the two began playing together, eventually traveling to Los Angeles to record a folk-pop EP with producer Eli Thompson. The Verse, The Chorus was released in early 2009, paving the way for a healthy tour and a decent amount of national buzz, including a nod from NPR’s “All Songs Considered.” Things picked up again in early 2011, when the band — now a four-piece featuring Wilson’s brother, Pete Wilson, as well as Tim Kin — released the sophomore EP Fathers Be Kind and launched another tour. An impressive full-length album, All the Times We Had, appeared from Dualtone Records early in 2013.

Ivan & Alyosha: Running For Cover Lyrics:
If I could wake my crooked heart
If I was there right from the start
To feel what it was like to be turned on

If you could fly the battling wind
To miss the mark correct within
If your wish came true, your dreams made real.

Running for cover. Running to hide

If I could be a wiser man
To rest my head and trush the plan
I’m fighting like a child to get my way.
If I could see the
I wasn’t there and neither were you,
But I’ll take the blame as you should too, my friend.

We’ve been trying with each other to unravel the age old story,
But I’m starting to think there’s a reason that we don’t understand.
But it’s easy to blame someone else for my warts and my worry,
But now I accept that it’s just a part of who I am 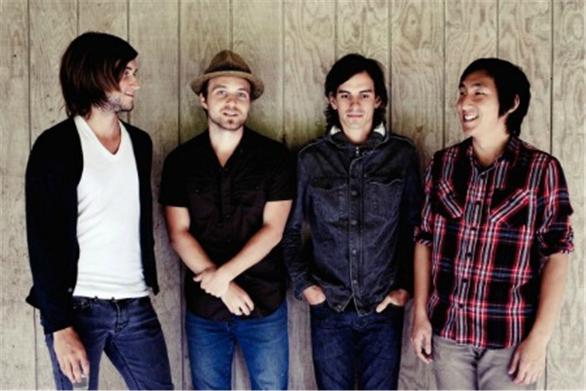