When Simi Stone was eight years old she locked herself in her room. She emerged three days later with an independently recorded and produced cassette tape titled “Cloudy Day On Mountain Lodge”. She handed it out to her grade school classmates, and had wired up third graders singing her songs on the playground. Born and raised in Woodstock, NY by a hippie mom who brought her kids up on brown rice and The Rolling Stones and a Jamaican born father whose mother traveled on the blues circuit playing piano in the south, it’s no surprise that Simi Stone ne: Simantha Molly Lou Sernaker has since turned into a formidable power house fueled by a raw and edgy vocal style, virtuoso violin chops and enough charisma to burn down a house. Called to the mountains of her native Woodstock home, in 2009 Simi reconnected with Simone Felice and Bobby Burke, The Duke and the King, while opening for their band as a solo artist. With the Duke and the King, Simi began touring in Europe and all over the UK. The band was featured on Jools Holland in London, Saturday with Brendan O’Conner the biggest late night talk show in Ireland and in Paris appeared on the popular show Canal Plus. She sang her song “No Easy Way Out” on Belfast’s biggest radio station and on BBC Radio’s “Loose End” in London.

Simi Has,more recently, been excitedly working on her first Solo record! With musical partner David Baron she has been lucky enough to gather an amazing band of players…including Zachary Alford, Sara Lee, Gail Ann Dorsey and others to make up some incredible recordings and live shows to come. Simi also has spent time recording and performing with artists such as Simone Felice,Natalie Merchant, Conor O’Berst, Tracy Bonham, Amy Helm, and many more. 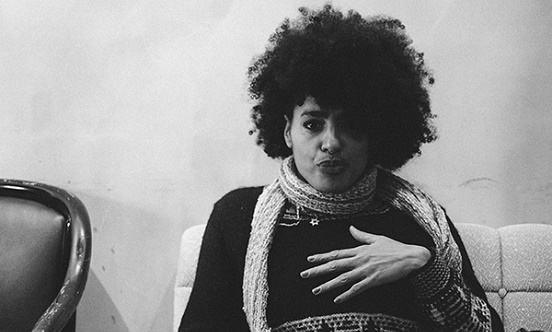