“Independent yet insecure.” That’s how 19-year-old Siam, a Belgian vocal artist, describes herself on her Facebook page. Listening to her debut single, however, the delightfully jazz-infused “Same Thing,” it’s definitely her independence that shines. After all, there aren’t too many artists nowadays who pair such rich jazz vocals with the cadence of a hip hop beat. And it’s in the juxtaposition of those two musical elements that “Same Thing” brings the funk (well, soul). First and foremost, Siam’s brassy lilt transports the listener to the back corner of a smoky, late-night jazz club from a bygone era. Meanwhile, the song’s effortlessly cool production imbues the track with a modern edge. So, while Siam’s independence may overshadow her insecurity in “Same Thing,” we still hear enough of a similar contrast to engage the ear again and again. ~ Gretchen Tracy.

Isolde Van Den Bulcke aka Siam. The Ghent-based songstress has released her first solo single. A couple of months ago the 19 year old singer teamed up with renowned Belgian DJ/producer Merdan Taplak for the poppy dance song ‘Troubles In My Head’. Her new song ‘Same Thing’ is a mellow, soulful song and this immediately shows that this young vocal talent is very versatile. The song was produced by Faisal Chatar who you might know from Studio Brussel‘s radio show ‘Playground’. 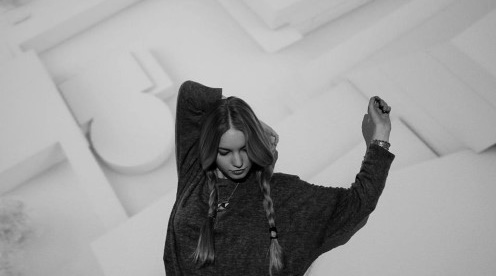