The genesis of Carla Sariñana’s Silver Rose project originates in Los Angeles in the spring and summer months of 2015. In thrall to shoegaze and dream pop and the iconography of the 1970s, Carla set to work rendering her unique take on these influences through Silver Rose. No veteran to the indie scene, Carla has been playing bass and writing songs for successful all-female Mexican rock band Ruido Rosa since 2005. By playing every battle of the bands competition they could find and every venue that would have them, they grew a loyal fanbase through their raw and energetic live shows. Silver Rose is a way for Carla to express her more vulnerable and romantic side; her songs wear their heart on their sleeve. 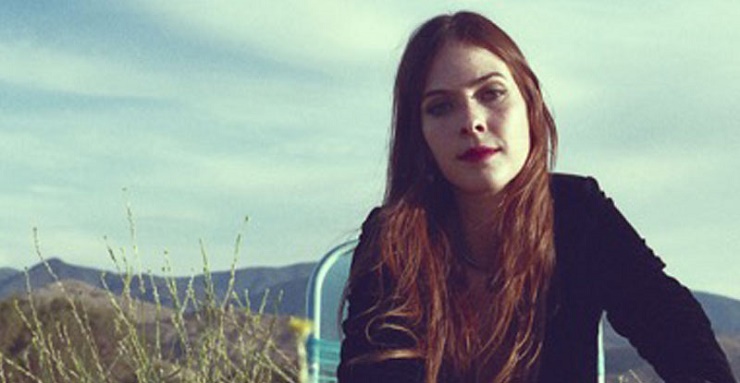 Birthed out of a love for glamour and melancholy and nostalgia, Silver Rose is an empowering and vital project that resonates with and inspires anyone who laments the faded glamour of rock and roll. Her new material was refined in live performance in various bars around Los Angeles and in Mexico City where she has played El Imperial, and Caradura at Festival Marvin. With Ruido Rosa, she has played the Harvard and Stone, SXSW, ViveLatino, and supported KISS, Maroon 5 and Queens of the Stone Age. Carla’s songwriting is affirmatively old school, and in a pop landscape which often feels lustreless and tacky like cheap perfume, Silver Rose is a fragrant blast of fresh air.

With its swirling ambience, larger than life production and a reverb-heavy wall of sound, ‘Take Me Home’ is a monolithic testament to the gothic pop of yesteryear. The lead track from Silver Rose’s new self-titled EP out now, it’s a disarming showcase of Carla Sariñana’s stupefying abilities as both a singer and a songwriter. Like listening to the doomed romance of The Jesus and Mary Chain filtered through contemporary production values, Sariñana manages a sound that’s both thrillingly immediate and artfully idiosyncratic. With enchanting melodies that Cocteau Twins would doff a hat to, and feral feedback-oriented noise rock dynamics, ‘Take Me Home’ proves to be an irresistibly raw offering from a beguiling new talent.

Silver Rose is a testament to the ambition of its maker. Essentially a new outlet for Ruido Rosa’s Carla Sariñana, it’s the rollicking sound of a musician at her artistic peak. Culling influences from a wide variety of different sources, you can distinctly hear on the EP the tortured strains of Jesus and Mary Chain, the pop sophistication of Mazzy Star and the ethereal whimsies of Bat For Lashes converging with a definite ear for the ultimate 70’s soft rock melodic hooks. Recorded at Panoram Studios in Mexico City from late 2015 into March this year, it includes session work from Edward Patrick on drums, Cesar Saez, and Javier Blake from Mexican punk pop band División Minúscula. All of the songs were written by Carla Sariñana except for ‘Where I Left My Heart’ which was written in collaboration with Cesar Saez. Essentially a bilingual project, it’s a record of two halves: English and Spanish, both cohesively tied together with Carla’s enchanting ear for dreamy melodies. Both immediately infectious and challengingly cerebral, Silver Rose is a testament to the resplendent artistry of its maker.