Born in the city of Fort Lauderdale, Florida, San Williams was the son of both a school teacher and a drug dealer. He was therefor born into and surrounded by a world of polarization. At an early age, he had discovered both his passion for music and the power of pain. At only nine years old, San’s father was sent to jail leaving him. his sister, and his mother to fend for themselves in the city of Atlanta, GA. This struggle, along with many others, are what formed San’s music style. This struggle and the effects it has had on his life are protrayed through the stories that are told in San’s music, creating a sound and experience unlike any before it.

San about the record:
“As summer begins to close here in the mountainous city of Ithaca, NY I can feel rigamortis setting in. The cold air is sneaking its way through the cracks of my dorm room and the skies are slowly but surely greying day by day. As all of these changes are happening around me I can feel my distance from my home Atlanta, Ga growing further and further leaving behind not only my memories as a little southern black boy, but also that little southern black boy all together.” 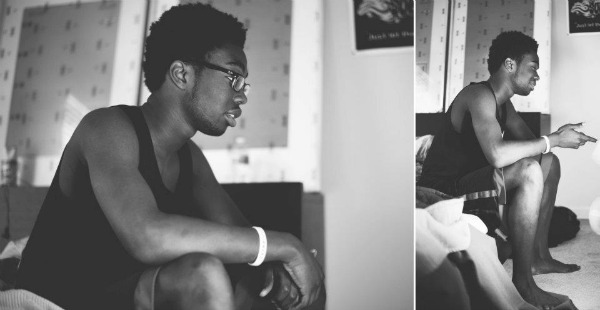