Superhuman Happiness was founded in 2008 to seek joy and love through shared rhythm and melody, composed and improvised. Their mission is to pursue a happiness greater than that experienced by an individual mind. They have two CDs out: Fall Down Seven Times Stand Up Eight (2009), The Physical EP (2011) and 4 7″/45rpm records Human Happiness (split with CSC Funk Band), GMYL/Hounds, Needles and Pins/Oh, Tatiana, and Gravity/String Theory feat. Sahr Ngaujah. The band can also be heard on Red Hot and Rio 2, in a collaboration with Cults on the track Um Canto de Afoxe para o Bloco do Ile, as well as in the soundtrack to the documentary How To Survive a Plague. Five official videos have been completed Mr Mystery (dir by Tatiana McCabe 2009), GMYL, (dir by Tatiana McCabe 2010), Market (dir by Pamela Karp)HOUNDS (dir by Tatiana McCabe 2011), Needles and Pins (dir by Tatiana McCabe 2011). Performing highlights include two consecutive summers at the Celebrate Brooklyn Festival, tours supporting friends Rubblebucket, and numerous late nights at the legendary Zebulon in Brooklyn. The group is currently mixing their second full length record, collaboratively composed over the course of a year using various theater/music games to develop a potent and fresh style of performing music. 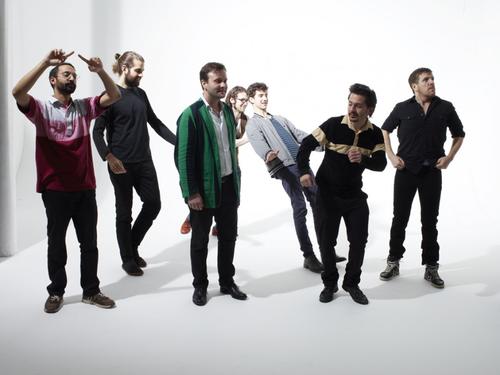