Since moving to London in 2013, twenty-year-old Dublin born Sample Answer has been busy. Working tirelessly to record his debut EP, he is always in the studio honing his craft and writing new songs. Influenced by a solid foundation of The Beatles, T-Rex and Bob Dylan mixed with the hip-hop and rap sensibilities of artists like Jay-Z and Tyler the Creator, his song writing style is intuitive and most importantly, memorable. “The Beatles are the best…just commercially cool. Keep listening to the best bits and take what you can. You can listen to the whole White Album and it’s just sick, even now. In today’s industry I admire artists like Jay-Z… his work ethic is inspiring.” Blending elements of hip-hop, rap and blues with his distinctive acoustic guitar sound and powerful vocals, Sample Answer’s songs hit home with the intelligence of his lyrics. “I write a lot about unrequited love. I’m quite self-loathing at times. I’m interested in writing about something different to all the commercial stuff you hear…creepy, dark, sinister shit.” The EP’s lead single ‘Good Boy’ is a testament to his talent as a songwriter to cross genres and is a statement of intent from an artist already established on the urban acoustic scene. 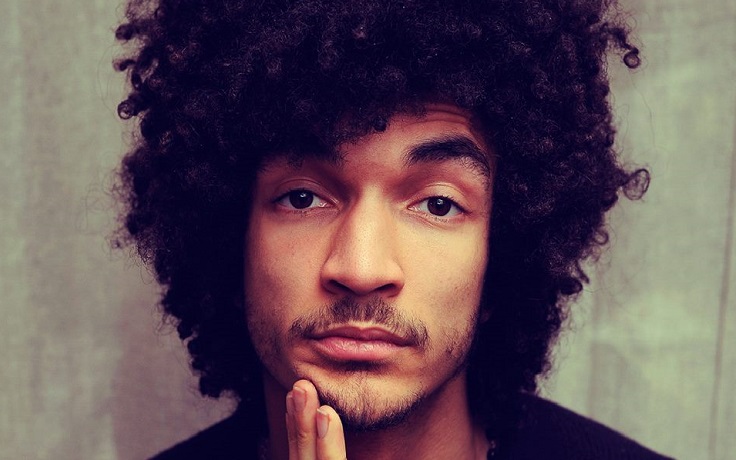 At school, Sample Answer was a bit of a rebel. “I used to get pissed…a lot.” Starting out as a glam rocker wearing glitter, purple pants and frills like Prince, he performed as a looper, mixing drums, bass, synths on his Casio keyboard whilst playing acoustic guitar. A version of Yonkers by Tyler the Creator went down a storm at the school talent show, much to the distaste of the vice principal. He has come a long way since then. “My Band by D12 was the first single I ever bought. I’ve always loved rap as a form of expression. Gorillaz’s Demon Days was my first album…there’s so many great songs… Kids With Guns especially. What’s missing from the industry now that was so important to music a few years ago is the lack of live instruments. Digital has changed everything. Where are all the real musicians?” In the last two years, Sample Answer’s music and work on the live circuit has been turning heads. From couch surfing across town and doing an open mic night two to three times a night, nearly every day for a year, he has gone on to support cult artists such as Pete Doherty, Larry Love from Alabama 3 and Paddy Casey. “I used to sell self-made CDs, wrapped in lined copy book paper, held together with duct tape. Sold them on Camden High Street for a fiver. Sometimes I’d only sell one, maybe two at gigs, so had to live off that.” Using his guitar as his strongest tool, his own brand of slap rhythm and confident vocal delivery, Sample Answer took his skills from the street to the stage and worked hard to make a name for himself, taking any opportunity as it presented itself as well as making his own. “Once I went into Warner Music office in Kensington with one of my CD’s and told them I wanted to meet ‘the boss.’ The security guard took it. He probably never gave it to the boss.” Never accepting rejection, he was determined to make waves in the industry.

In the build up to 2015, Sample Answer hosted four residency events at the Rose & Crown in Kentish Town. The intimate monthly event showcased acoustic performances from Barry Sutton from the LA’s and German pop star Leslie Clio, but ultimately provided a platform for Sample Answer to shine as the headline act. Testing out new material to eager crowds, the limitations of a small venue with a no tolerance approach to bass frequencies did not sway the energy in the room that Sample Answer was able to create. Each event grew in numbers and showed that the headliner would always steal the show, no matter how good the support acts were. Now co-managed by Rob Holden of Mondo Management, home to artists David Gray and Damien Rice, and Sample Answer’s manager Oliver Perry, the future is bright for this emerging artist and 2015 is already looking like it will be a big year.

I ran until my feet ceased to walk
Walked the nonsense no one seems to talk
Caught the enemy inside the thought
I’ve seen the scream inside insanity
I’ve kneeling, just to feel a feeling
La da da da