Take control of one of five playable characters in the Special Edition of Devil May Cry 4, the ultimate version of the smash-hit stylish action game! Devil May Cry 4 immerses gamers in a gothic supernatural world, where a new protagonist clashes with a familiar hero. As the new leading man, Nero, players will unleash incredible attacks and non-stop combos using a unique new gameplay mechanic, his powerful “Devil Bringer” arm. On the coast of a distant land lies the castle town of Fortuna. It is here that the group known as the Order of the Sword practices a mysterious religion. They revere the demon warrior Sparda, who as their god fought to protect humans, and are committed to the extermination of all demons. Nero, a young knight from the Order, is tasked with finding Dante, the mysterious assassin who murdered the head of the Order of the Sword. At the same time, more demons begin to appear throughout the city. Nero will soon come to discover the motives behind Dante’s appearance and the truth behind the intentions of the Order of the Sword. 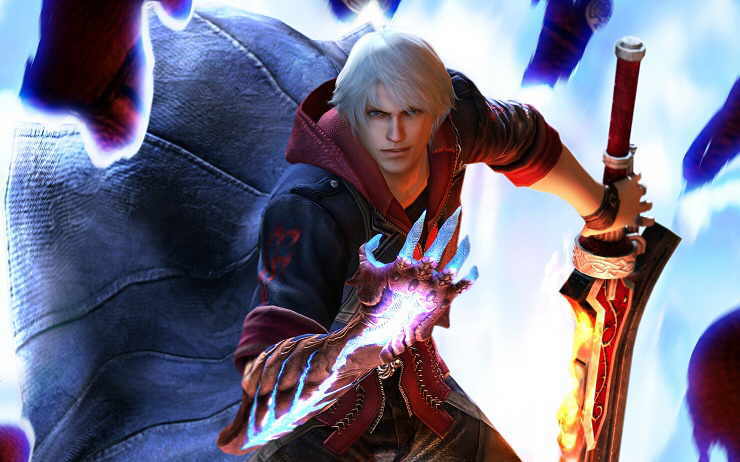 On December 15, 2014, Capcom revealed that an updated version of the game would be released for the PlayStation 4 and Xbox One. They later revealed that the game will be released on June 18, 2015 for the PS4 and Xbox One versions, and June 24, 2015 for the PC version in Japan, and on June 23, 2015 for all announced platforms in other regions. It will be released physically and digitally in Japan and only digitally in other regions. The Special Edition will feature Vergil, Trish, and Lady as bonus playable characters, each with new opening and ending movies. Bonus costumes for Trish/Lady will be included in the first-print version of the physical edition. It will also include the Legendary Dark Knight mode, previously found only in the PC version, which increases the number of enemies for each battle. It will include the previously existing English language voice track as well as a newly recorded Japanese language voice track. Wikipedia®