A band championed by BBC Radio 1’s Huw Stephens, BBC Radio 6’s Steve Lamacq & Chris Hawkins and BBC Introducing’s Dave Monks. Formed in 2015, and recently signed to Fly On The Wall Records (2016), Polar States have exploded onto the Liverpool music scene, selling out the Liverpool o2 Academy twice, supporting Clean Cut Kid at a sold out show for BBC 6 Music and being listed as the 2nd most important band to watch at Liverpool Sound City. 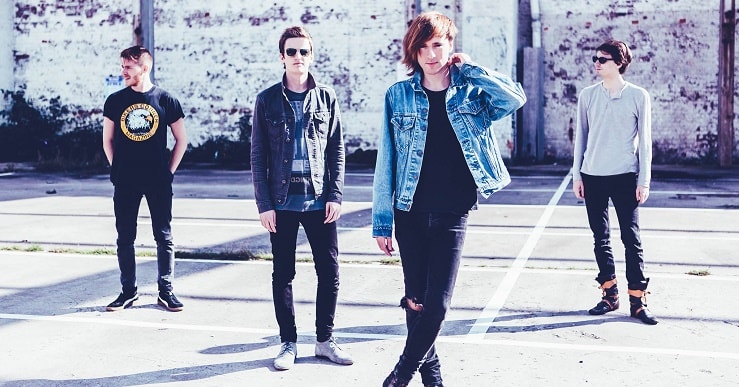 Debut single, ‘Concrete’ was championed by BBC Radio 1’s Huw Stephens, BBC 6 Music’s Steve Lamacq and aired on X Music and Sky Sports. The next single, ‘Elizabeth’, released on January 29th has just been added to the Topman/Topshop playlist and has already received airplay on BBC Radio 1 & BBC Introducing Merseyside. 2015 also saw them appear at Tramlines, Liverpool International Music Festival (LIMF) and X&Y Festival in addition to supporting The Heartbreaks and We Were Promised Jetpacks.

According to vocalist and guitarist Paul Tong the song is about valuing what you have. “The ‘million in my heart line’ was basically a way of saying you should see wealth not in terms of money, but in terms of the people around you whom matter.”