Pangea have a refreshingly direct mission statement for a band of indie inclinations – make the people dance. A supertight unit forged at the University of Liverpool, the four-piece meld slick yet visceral funk grooves with euphonic pop melodics. Slye, Levi, Paul and Kieren bring something new to the contemporary soundscape by channelling the energy of Seventies and Eighties greats into songs of relevance to the fledgling 21st-century. Shades of US titans like Prince, Chic and Funkadelic colour PANGEA’s material, as does the dynamic edge of the modern British indie scene, notably bands such as Foals and Two Door Cinema Club. The resultant songs are primed for their listeners to move to – and be moved by – as notions of unity, passion and introspection are transmitted through immersive grooves and intelligent lyrics. Here is a band founded on a policy of arch yet danceable pop, and with their irresistible debut single, PANGEA are taking that message to the masses. 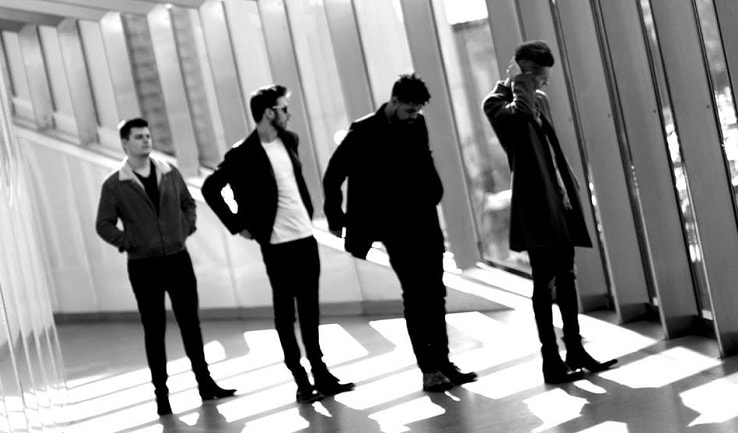 “Something Bad represents the self-destructive search for passion. To find a love so consuming that it will drive you to insanity; it’s about wondering how far you can go before you break.” Slye, PANGEA. Ever felt so intensely about something or someone that you’ve been driven to actions you deeply regret? That’s the consequential dilemma at the heart of ‘Something Bad’, the smart debut release from Liverpool quartet PANGEA. Dropping with a taut groove, punctuated with Nile Rodgers-like guitar chops, tasteful lead licks and on-point vocal harmonies, ‘Something Bad’ is a slice of crisp indie funk blossoming into a deliciously catchy chorus. By the time those exuberant riffs kick back in after the tune’s refined breakdown, it’s clear from the dexterous drum fills, full-blooded guitar lines and hook-heavy vocals that PANGEA are four musicians lost in their music – and this is our invitation to join them. ‘Something Bad’, produced by AQ, was recorded and mastered at Liverpool’s renowned Parr St Studios.