Skip to content
Home » Music » Ori: On The Floor

Ori Alboher, a.k.a. ORI, a Berlin based singer/songwriter and producer from Jerusalem is about to release his second solo album ‘1986’. ORI builds up melodic, rhythmic and repetitive structures that pull you into his music, creating moods that oscillate between intimacy and distant depths. Like swimming in a pleasant ocean yet struggling to keep your breath. ORI was born in Jerusalem and has been making music under the stage name ORI since 2012. ORI is a D.I.Y kind of guy, his creation is the core and the essence of his life, he makes his music, from composing through recording to production, all by himself in a ritual like manner. 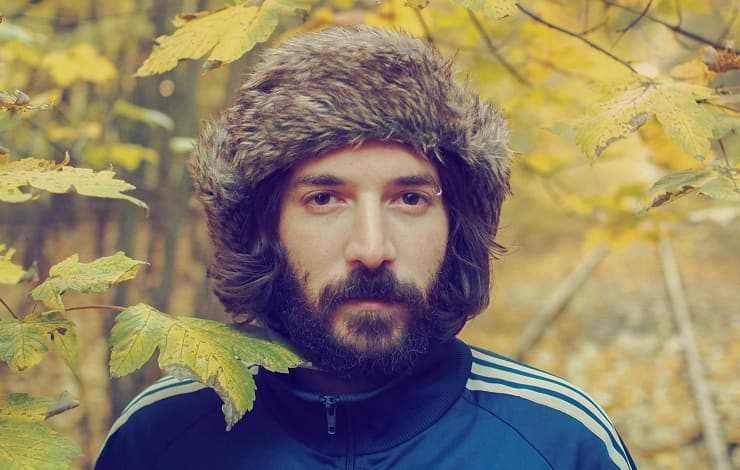 Listening to ORI’s music is drifting away to the sound of his heart and his unique voice while trying to swim in the current threatening to drown you. ORI makes his music in his home studio creating and producing his own beats and sound and accompanying himself with vocal harmonies and a variety of samples. Moving through different musical genres like R&B, Soul, Pop, Dream-Pop & Electro-Pop, ORI’s music is extraordinary and it is not afraid to expose us to our deepest and most real emotions, a sweet sorrow that won’t let go of us, yet we cannot help but want more of it. In 2012 following the break-up of his band ‘Folo’, ORI embarked on a new independent journey recording and releasing his debut album ‘Unwind’ in Israel, the album received great reviews around the world, yet ORI’s music remained a well kept secret in the underground Jerusalem music scene for the most part.

In the past five years since, ORI has been living and creating in Berlin, playing nonstop shows around Europe gathering a growing and devote crowd of followers, with club shows and festivals in Germany, Switzerland, Poland, France, Czech Republic and many more. These days ORI is about to release his new album ‘1986’. The first single from the album ‘Black Book’ was released in February 2017 and was synched on the American TV show ‘Shooter’, the song had been played hundreds of thousands of times since on Spotify and other streaming and digital platforms as well as radio stations across Europe.

Ori: On The Floor (official video)

Ori: “This song is an old memory from a night I want to forget. The vocals were recorded in my old Berlin kitchen, accompanied by sounds I captured on the underground using my phone”

Ori: On The Floor Lyrics:
Oh why, why’d you fall,
From the floor, on the floor.

I try to understand,
Trying to heal the blame,
In everywhere you go,
There’s always pieces on the floor.
X3

I remember when we used to lie,
I remember all that shit, it’s still running throw my mind from time to time, I was just pretending that I’m blind, but you always saw the truth behinds, right?

It’s fucking 4:00 am
and I just saw your message,
you said you need my help, that everything around you turns black, I called back like a thousand times, no answer on your phone, I’m texting you, are you alive?
Taking my bag and running like crazy, looking for a cab and I just keep on thinking of the worst case in area, I need to carry her,
I can’t loose her tonight.

I try to understand,
Trying to heal the blame,
In everywhere I go,
There’s always pieces of my fault.