Metro 2033 is a survival horror first-person shooter video game, based on the novel Metro 2033 by Russian author Dmitry Glukhovsky. It was developed by 4A Games in Ukraine and released in March 2010 for Microsoft Windows and Xbox 360. A sequel, Metro: Last Light was released on May 14, 2013 in North America and May 17, 2013 in Europe, Australia, and Russia. In late 2013, a nuclear war occurred. Russia was targeted with atomic bombs, causing severe radiation across Moscow, forcing the rest of the people to live underground in the metro stations away from the deadly effects of radiation. Many animals and humans left behind mutated into creatures known as the Dark Ones, who were left outside for the next 20 years. In 2033, Artyom (Russian: Артём), a 20-year-old male survivor and one of the first born in the metro, learns from an elite soldier and mutant hunter, or Ranger, named Hunter that a group of mysterious creatures referred to as the Dark Ones are threatening his home station, VDNKh, in the Metro. Hunter gives Artyom his dog tags and tells him if he does not come back, he must go to Polis and present these to see if they will help his station. Artyom must travel through territory occupied by Soviets and a Fourth Reich, and infested with mutants as well as the much changed surface of Moscow. Once in Polis, he meets with a Ranger named Miller, who agrees to help him. Miller knows of a missile silo known as D6 that has the firepower necessary to destroy the Dark Ones. Artyom, Miller, and several other Rangers reactivate the command center for the missiles, and Artyom installs a laser guidance system on a nearby radio tower. After the laser system is installed, Artyom experiences a vivid hallucination induced by the Dark Ones. After the hallucination, two endings are possible, depending on choices the player makes throughout the game. In the canonical ending, Artyom allows the missiles to fire, destroying the Dark Ones. The alternate ending gives Artyom the choice to destroy the laser guidance device, citing a last-minute realization that the Dark Ones were actually attempting to make peaceful contact through the hallucinations. Wikipedia®. 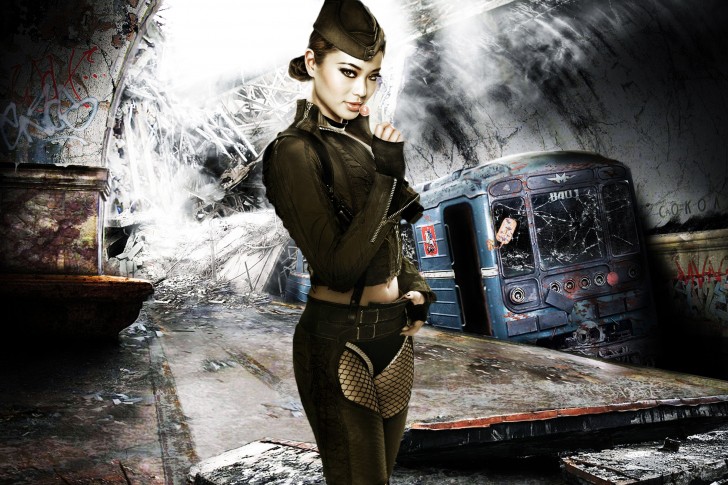 Metro 2033 Trainer (+7) Options:
Trainer for the action role-playing game Metro 2033, you can use it to activate these essential Cheat Codes: Infinite Health, Unlimited Ammo, No Reload, Unl. Weapon Energy, 2.000 Money, Flashlight Energy, Unl. Filter Time. Note: This cheat tool is for the original version (Latest STEAM) of the game Metro 2033.