Bronx-born Maxine Ashley is a soulful ‘n sassy 20-year-old misfit with one helluva voice. She eschews convention, wears her hair half colorful, half brunette, loves the Smiths as much as Beyonce, and has trouble keeping her big mouth shut. Her YouTube channel has already amassed 9,000,000+ views of her bedroom covers of R&B hits, but Maxine has traded her bedroom for the studios of New York, London and now Miami, where she’s busy honing her international sound–a carefree mix of urban pop, R&B, dance, and soul that would be equally at home on the streets of the Bronx, London, or Tokyo. Her first outing is a guest vocal appearance on Italian DJ Alex Gaudino’s summer-smash, “I’m in Love” for Ministry of Sound. Her tough yet vulnerable vocal atop Gaudino’s shimmering electronics has already wowed radio and club DJs Europe-wide, thus cementing Maxine’s first step on the road to international takeover.

Maxine Ashley – Glory Box Lyrics:
I’m so tired.
Playing, laying with this bow and arrow.
Gonna give my heart away.
Leave it to the other girls to play.
For I have been a temptress too long.

Through this time, unchained.
We’re all looking at a different picture.
Through this new frame of mind.
A thousand flowers could bloom.
Move over and give us some room.

So don’t you stop being a man.
Just take a little look from the outside when you can.
Show a little tenderness.
No matter if you cry.

Fell into the drapes of you slow.
Look into my eyes and you’ll know.
That this is the beginning of forever.
And ever and ever. 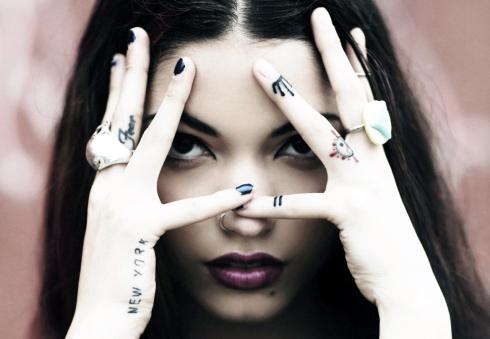