Skip to content
Home » Music » Arctic Monkeys – I Want It All

Arctic Monkeys are an English indie rock band formed in 2002 in High Green, a suburb of Sheffield. The band consists of Alex Turner (lead vocals, lead/rhythm guitar), Jamie Cook (rhythm/lead guitar), Nick O’Malley (bass guitar, backing vocals), and Matt Helders (drums, backing vocals). Former member Andy Nicholson (bass guitar, backing vocals) left the band in 2006 shortly after their debut album was released. The band have released four studio albums: Whatever People Say I Am, That’s What I’m Not (2006), Favourite Worst Nightmare (2007), Humbug (2009) and Suck It and See (2011), as well as one live album At the Apollo (2008). Their fifth album AM is set to be released in September 2013, their singles “R U Mine?” , “Do I Wanna Know?” and “Why’d You Only Call Me When You’re High?” (released in February 2012, June 2013 and August 2013, respectively), will feature on the upcoming release. The band’s debut album became the fastest-selling debut album in British music history, surpassing Elastica’s self-titled album and remains the fastest-selling debut album by a group in the UK. The band have won five Brit Awards—winning Best British Group twice, and have twice been nominated for Grammy Awards. Arctic Monkeys were heralded as one of the first group of acts to come to the public attention via the Internet (fan-based sites rather than from the band), with commentators suggesting they represented the possibility of a change in the way in which new bands are promoted and marketed. The band are also regarded as one of the most prominent bands to be part of the post-punk revival in the UK, after achieving commercial success and spawning two number one singles with their debut album. Wikipedia®.

Arctic Monkeys – I Want It All

Arctic Monkeys – I Want It All Lyrics:
Blind faith, heartache
Mind games, mistakes
My sweet fireball
My sweet rigmarole
I want it all

Old dogs, new tricks
Can you feel it?
Space age country girl
Stone cold miracle
I want it all 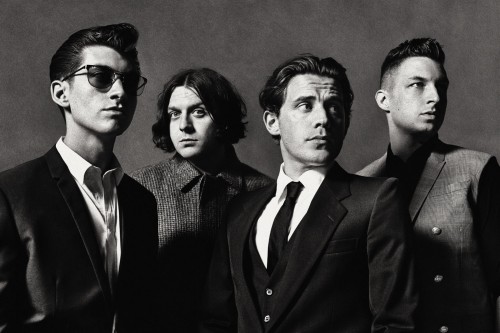