This game is a spiritual successor to games like the original Rainbow Six and SWAT series realized through Unreal Engine 3. With Takedown, Serellan aims to extract what made those games great into something new and improved. It will focus on squad based play in a close-quarters battle setting. This game is described as thinking-person’s shooter. The type of player that takes things slow, aims carefully, and plans their moves right will overcome the player who runs in with guns blazing. More often than not this game will bring the fight indoors, as you would see SWAT teams or SOF units taking down small numbers of dangerous, unpredictable adversaries as opposed to the endless waves of generic enemies the shooters of today tend to throw your way. Non-linear environments allow for multiple routes and tactics and adds to the replayability value. A new breed of warrior has emerged, committed to destroying the enemies of freedom. A no-nonsense hero, Marlow Briggs never shies away from danger or trouble. He now faces his ultimate challenge when he blasts into Central America to defeat an industrial evil and rescue his kidnapped girlfriend, all while bound to a talking Mayan death mask who has been lonely for 2000 years. Game Play Marlow Briggs and the Mask of Death is a third person, hack and slash fest. It is perfect for the player who wants to experience a game that brings to life the feel of blockbuster films, over-the-top action and cinematic gameplay with a focus on relentless high-octane combat and danger filled exotic environments. 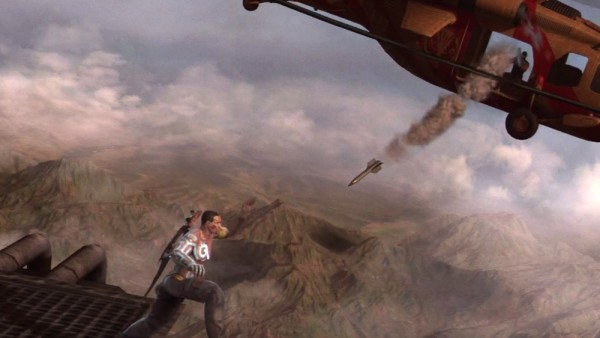