State of Decay is an open world third-person zombie survival horror game developed by Undead Labs for Xbox 360 via Xbox Live Arcade and Microsoft Windows. It places players in the aftermath of a large scale zombie outbreak and tasks them with simply surviving. Scavenging takes a large role in the game as ammunition, guns, vehicles, and food are all scarce as would be expected. The player is left to decide how to progress in the game, be it to become a raider, to rescue other survivors, or to simply scavenge what you can find as a lone wolf. The story missions can be taken as often or as little as the player desires, similar to other open-world games. Somewhat unique to the game is the ability to build bases out of certain buildings. These bases can be upgraded and expanded to fit the needs of the player’s community. There can be only one base however, and it can be overrun if adequate protection isn’t afforded. Formerly known as Class3, State of Decay is actually being used as a testbed and building block toward a project known as Class4, which will likely be an MMO variant of State of Decay. 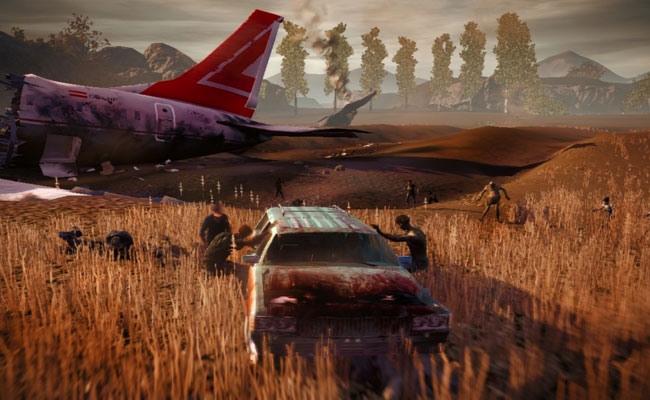