Skip to content
Home » Music » Marie Munroe: Give You Up

Aside from a voice full of richness and versatility, restlessness is the one thing which identifies Marie Munroe. Born Hilde Marie Kjersem, the Norwegian’s career and life has been full of change. Though what has come before may not completely identify her, it has certainly defined her route. Moving from Scandinavia’s spectacular jazz scene to a solo pop career, Munroe took a path performing under her own name. Critical acclaim followed, along with two Norwegian Grammy nominations and collaborations with some of Norway’s most successful musicians. Now, as Marie Munroe, there is a sense of liberation from the past and with it completeness in the music. Undoubtedly, though, Under My Skin reflects the varied life experiences and challenges that have taken place. Indeed, it is a culmination of these distilled into a record. There was an element of challenge in creating the album too; from the decision to write, record and perform under a different name to stretching herself vocally. Whether the name change helped things develop or is purely coincidental, there is a refreshing clarity and togetherness in Marie Munroe’s songs. Coming from a family where the music of her grandfather and his siblings was often present at family gatherings, was something that was “fascinating”. From youth, performing her own music became a frequent occurrence. “I remember through my teens I had this restlessness inside me, as if I had too little time to do all the things I needed to do,” she says. 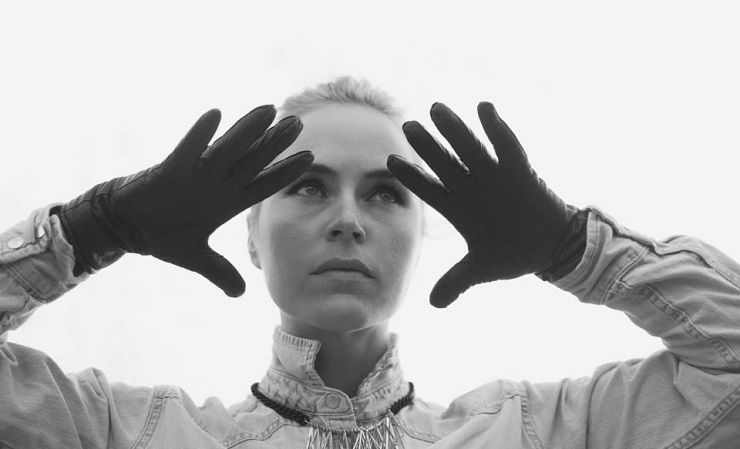 A key moment came in her formative years, when a singing teacher discovered the distinctive vocal darkness and pointed her towards the world of jazz. She then discovered and came to love the greats of the genre like Chet Baker, Charles Mingus and Ella Fitzgerald. After winning a place at the prestigious Norwegian Academy of Music, she was mentored by the “inspirational” Norwegian guitarist Jon Eberson, with whom she went on to work, releasing three albums together since 2005. Although the sound has long departed – and indeed developed since – the world of jazz, it was the perfect form to develop as a singer and musician. It was helped by a desire for knowledge and a burning restlessness; something that is still a driving force today. “Jazz is definitely a place where people go in their education because it satisfies some sort of hunger inside for wanting to know more about music,” she says. Now this desire has created a different outcome, found in the expansive, powerful and emotional choruses that are a feature of Under My Skin. Yet, throughout it all though there is space for Marie Munroe’s rich voice to tell her own story. It is one you cannot fail to be hooked by, much like her voice.

Marie Munroe: Give You Up

There has been sadness in much of her work, too. Much of this centred on her first marriage; a relationship that became so unhealthy and overwhelming that it stifled the ability to write and perform. “I just went into this bubble where I wasn’t really aware that time was passing or that life was happening. Because it was so troublesome at home I really had a hard time focusing on writing things,” she says. This sadness is no longer so prominent, but it is still there “in a different way”.
Emerging from the shadows in 2008, a debut album was released under her own name and inspired by personal turmoil. Titled A Killer For That Ache, it was a definitive move away from the jazz stylings of old to a new and dynamic pop sound. A heartbreak-laden follow-up, Let’s Let Go, featured many of Norway’s most prominent musicians including Grammy-nominated Jarle Bernhoft. It also continued her change in trajectory from jazz student to pop star. The recognition that followed was affirming, particularly for a person with music as a central part of their existence: “Somewhere along the way you suddenly realise it is pretty cool when people like what you do. It’s also a way to get your music and what is inside you out there,” she says.
Like adopting a stage name, the album’s release had a liberating effect. Another final solo album was released before the decision was taken to become Marie Munroe. The change of name, it seems, has created new and exciting possibilities. Whilst there is a hint of the Nordic cool about Marie Munroe’s music, there is far more depth than just cold-sounding synths and distant electronic drumbeats. The bold and challenging melodies bring out a new and different energy. “It feels like I’ve managed to write a lot of songs that I have maybe longed for but I felt that I couldn’t find them in me before,” she says.

Marie Munroe: Give You Up Lyrics: