Skip to content
Home » Music » Victoria Reed: Nothing To Lose

One spring evening four years ago, Victoria Reed played her cards right. Sitting on the bed in her apartment in Chicago’s Wicker Park, she shuffled her tarot deck and laid out her life: For her present, she pulled the Death card—“and it felt spot on,” she says. A philosophy major at DePaul University, she had fallen down the rabbit hole of reason and was in the midst of an existential crisis par excellence, doubting everything and ready to give up. But then she played her future card: The Chariot. “It’s about overcoming any previous difficulties,” she explains. “It’s about triumph.” And so, after that experience, she did what any budding performer would do: She wrote a song. “Let go and let flow/ I want to tell you that you’re not alone,” she sings in a lilting alto on “Chariot,” the title track of her debut album. “When tides are low/ The calvary best is shown.” 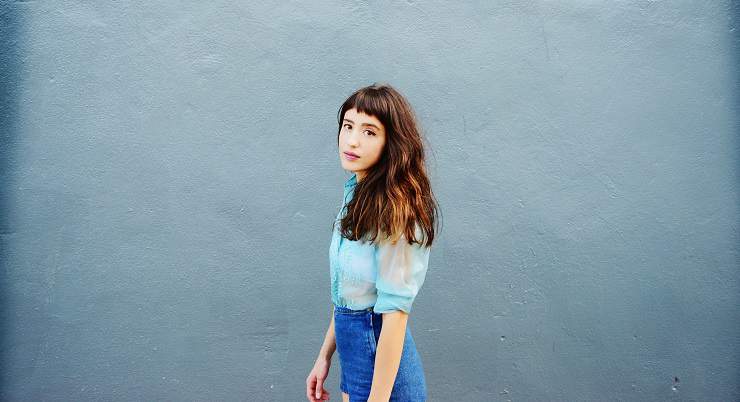 Chariot, out February 26, is most definitely a triumph—a deeply personal collection of Americana pop that echoes in your heart and ears long after the record ends. Featuring some of New York’s best session players and produced by Jeff Hill, it’s a rich, optimistic album that puts Reed’s intimate yet inclusive lyrics and alluring voice at the forefront, bringing to mind Neko Case’s The Fox Confessor Brings the Flood and Jenny Lewis’s Acid Tongue. Performing was always in the cards for Reed, who was born to a rock musician and a Playboy Bunny in Detroit. Her father, Alto Reed, is the longtime saxophonist for Bob Seger, so she spent her childhood backstage at the city biggest venues and front-row at Tigers and Red Wings games as her dad wailed out the National Anthem. “I don’t think there was one moment of my life where I wasn’t thinking, Of course I’m going to be a singer someday,” Reed says. She started writing songs in grade school, drawing inspiration from her parents’ Carole King and Gordon Lightfoot records, and when she was 14 jetted off to Miami to record a few demos with a successful producer. “I was going to be a young teen pop star,” she says, but now is grateful that didn’t happen. “I was recording my songs over the tracks that Lindsey Lohan or Mandy Moore had passed on. It wasn’t right.”

Songwriting took a backseat when Reed moved to Chicago for college and began studying philosophy. She worked at “a spa for the spirit,” did an independent study in metaphysics, and assisted her then-boyfriend’s psychic mother “teach classes on developing your intuition.” But she missed making music and, after a failed attempt at mastering Ableton Live, finally picked up the guitar her dad had given her years ago and taught herself a few chords. Within a month she was out playing open-mic nights and recording bedroom demos, which she posted online. But her philosophy studies kept pulling her into a dark place and soon she was practically incapacitated by fear. “It was realizing that there is no backstage to life,” she says. “I just doubted everything away at one point and I was like, Oh shit.” A conversation with a numerologist at the spa where she worked put her back on track: Stop trying to do everything at once, he told her, and just focus on one thing. “I only had one semester worth of credits left to graduate, but I called my parents and said, ‘I’m dropping out of school. It’s music. I’ve got to do music.’” 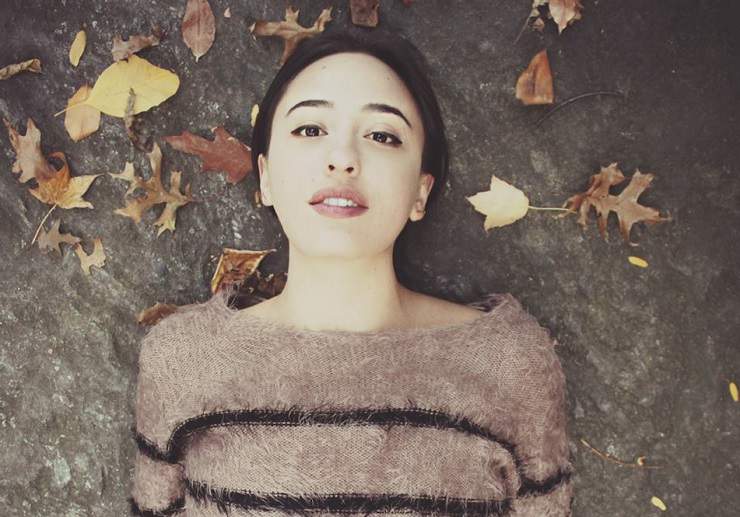 That very same day, Gary Waldman, a manager she had befriended at a Citizen Cope show two years before, emailed her out of the blue after hearing one of her songs on Facebook. “He said, ‘Why didn’t you ever tell me that you sing and write songs? Come to New York and I’ll help you make a cool recording.” Reed laughs at the memory. “And I was like, Yes! The Universe supports my decision!” The next thing she knew, Reed—who had never before played with a band—was in a studio in Greenpoint, Brooklyn, recording “Chariot” with a group of high-caliber session musicians who had put in time with Norah Jones and Ryan Adams. It was magical,” she says. “We didn’t talk about what kind of sound we were going for—it just happened.” A few months later Reed packed up her Wicker Park apartment and moved to New York for good. She recorded Chariot slowly over the course of two years, but for her the pace was ideal. “This was all so new to me in the beginning, and as we went along I learned to express what I wanted in a room full of people who had been doing this for years.” One of Reed’s favorite songs on Chariot is “Make It Easy,” which was one of the last she wrote for the album. “You should wake up with a smile on your face/ Monday, Tuesday, everyday/ ’Cause honey I’m so happy for you,” she croons over gentle slide guitar. It’s a sentiment she wishes she could have told herself when things were difficult: “I had a funny revelation where I thought about my past self and present self and future self, and I thought, If me today could give advice to me two years ago I would say, ‘Are you kidding me? Don’t worry! Hang in there! You have no idea how good this gets.’” Now, Reed says, things are so good that she doesn’t feel the need to test her fate with tarot cards anymore. “I don’t want to curse myself,” she admits. “If I get a bad future card, I won’t be able to stop thinking about it.” But the double Leo still believes in the stars, and for her 26th birthday had a reading with her favorite astrologer. “She put things in perspective for me in a cool way—what’s happened in the past few years and where I’m headed—and it brought me some clarity and even some closure.” But Reed, ever cautious, won’t share specifics. “It was all positive,” she says, her smile audible. “Really positive.” -Ellen Carpenter

Victoria Reed: Nothing To Lose Lyrics: