The four original members of Lød formed after graduating school in Copenhagen, inspired by the post-punk that was prominent in the fervent, close-knit music community of the city. The first version of Lød was very much birthed in this same shadow: loud and heavy. With time and addition of a fifth member, their sound began to rely less on distortion, foregoing aggression for a greater focus on melody and rhythm. Bands like LCD Soundsystem & Kraftwerk provided further inspiration and it became an ambition for Lød to create music that – while never taking the easy route – could make people dance. With their debut EP, released via London-based label Tough Love, they have very much achieved this. They’re a dance band, in the same way one might consider NEU a dance band. 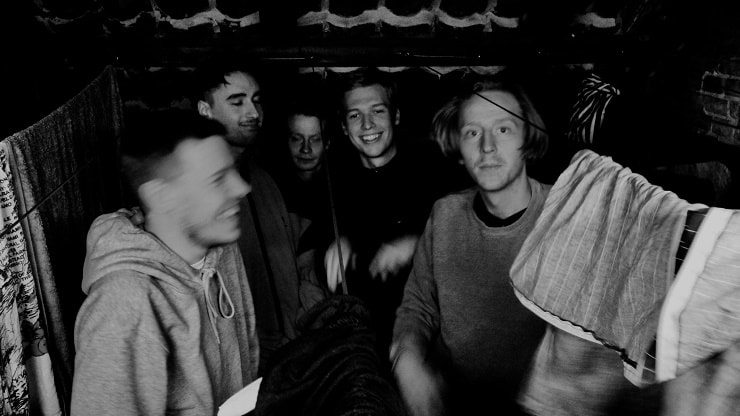 The recording of Folder began in October 2016 with engineer Julius Pedersen, who helped the band shape tracks that had taken more than six months to write. The result is a 24-minute, four song debut EP sung in Danish. You might consider it uncompromising were the songs not so accessible. And despite their length, these are ‘songs’, with defined melodies and structure. Looping and monolithic, early commentators in their home country have noted a “trance-punk” aspect to their sound.

Such nomenclature can be tedious, but it’s not a million miles from the truth. Bringing to mind the likes of Preoccupations in their similarly propulsive take on post-punk, Lød add a further glacial edge indebted to both early industrial and no wave.

‘Folder’ is the self-titled track taken from Lød‘s debut EP, out on June 30th. Limited to 300 copies on vinyl, 75 of which are on cream vinyl and only available through the Tough Love store.