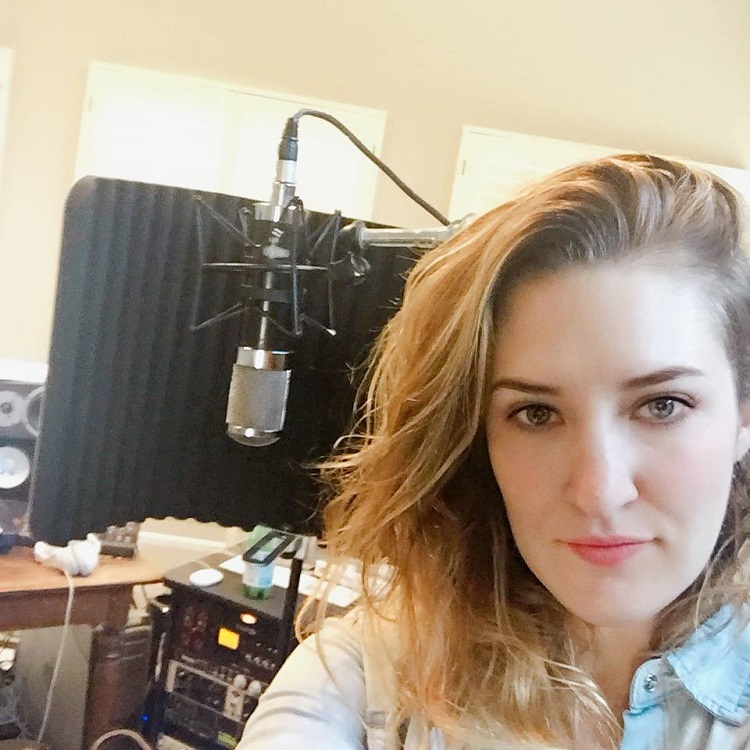 It takes a lot of confidence to sing onstage alongside Selena Gomez at Madison Square Garden. But it takes more confidence to walk away from that glitzy showbiz world to dedicate your life to your own artistry. That’s just what singer-songwriter Lindsey Harper has boldly done, and now she’s readying her stunning album, All Of Me.

“I wanted to call it All Of Me because I want to share every aspect of myself, my challenges and the beautiful parts of me,” the Redondo Beach, California-based singer-songwriter explains. “I’ve grown a lot in the last few years, and this is coming from an authentic place further in my journey.”

Lindsey Harper has one of the most gorgeous voices in popular music. She’s toured internationally with Selena Gomez, and she sang on Gomez’s acclaimed album When The Sun Goes Down. Lindsey also sang the theme song for the ABC Family hit series HUGE, and she sings with the band PowPow on a song placed on an upcoming Garnier Fructis commercial. When she attended Los Angeles’s prestigious Musician Institute, the head vocal instructor, Mike Campbell, said she was one of the most talented students to ever graduate from MI.

As a performing musician, she’s made television appearances on The People’s Choice Awards, Ellen DeGeneres, Good Morning America, and Jimmy Fallon. With Selena Gomez, she has shared the stage with Michele Bublé, Katie Perry, Justin Bieber, Bruno Mars, and Adam Lambert, among many others. As a solo artist, she has shared the stage with the likes of Rachelle Ferrell, Everlast, Take 6, Booker T, and Stanley Clark, and she’s had the opportunity to perform in front of an audience of 90,000 people at the Houston Rodeo. She also accomplished every musician’s dream to sing at Madison Square Garden in New York City.

Parallel to her innate vocal talents and performance gifts, she’s also a masterful songwriter. Her songs have been featured on MTV, VH1 and TV Land. She co-wrote and sang on title track of the indie film Loving Annabelle. Lindsey won the coveted “Do It Yourself” music award sponsored by Bug Publishing.. Dana Feldman of The Examiner and L.A. Arts & Entertainment enthuses: ““Lindsey Harper stands out as someone to watch out for on the music scene today. Her lyrics are raw, heartfelt and honest. Her voice can best be described as captivating and classic.”

All Of Me is a spiritually uplifting album that melds classic pop songcraft and soulfully emotive vocals with a contemporary production sheen drawn from R&B, hip-hop, and EDM. Many of the tracks were produced by Steve Aguilar (Arthur Adams, Rockstar INXS’s Brandon Calhoon), and some aesthetic references are Adele, St. Vincent, Sara Bareilles, and the urban flair of Timbaland.

The album is richly dimensional, and one of the strongpoints is how empowering Lindsey is as a songwriter. On the infectious “Electricity” she uses the paralyzing jitters we all get in approaching new relationships as metaphor for big life decisions. “I fell for someone awhile back, and I just felt this electricity between us. I wasn’t sure if it was really going to go anywhere—I felt helpless like a silly schoolgirl—but I pursued that electric feeling,” she explains. “When people hear this song, I hope listening to it makes them feel inspired to be vulnerable and take risks.” The anthemic “Spotlight” is about the bumpy journey we all undertake when pursuing our dreams. “It’s about being brave with who you are and owning your scars, that’s beautiful,” she says.

Lindsey has finally owned a destiny shadowing her since the tender of age of 2 when she discovered Mary Poppins. “Back then I told my mom ‘I’m gonna help people remember who they are through my music.’” And she’s doing just that with All Of Me.