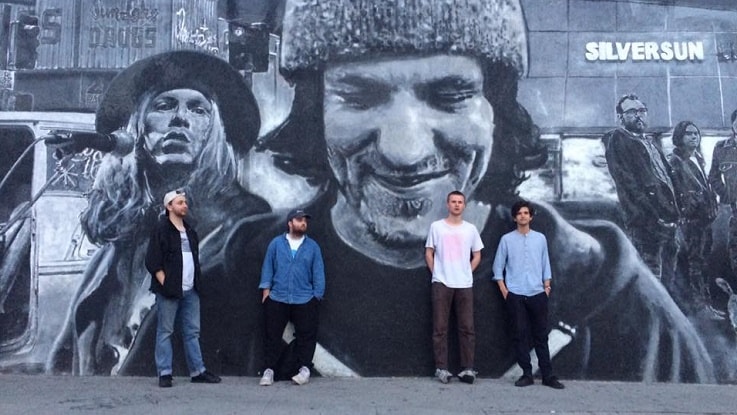 Discussing the track, the band say it is “A song mainly about not knowing how to dress. A few years ago we spent a whole day walking around a big sprawling flea market in Paris determined to find something vaguely musical. Eventually as it was getting dark we managed to find an old supermarket announcement microphone and a Bontempi chord organ that Benji’s cat immediately broke. We recorded Uptrend / Style Raids live and were already using all our normal sounding microphones for the instruments, so the guide vocals were done into the Paris mic and we liked them too much to change them. We were out of mic stands so we had to tape it to a lampshade.”

“Write In” sets its stall out as an outward looking, inventive, and thoughtful progression from their debut. Drawing on an array of influences including Roxy Music, The Beach Boys, Randy Newman, Sonic Youth, Big Star and Pierre Cavalli, the direction is best summed up by Jon EE Allan; “I’d like to think this record looks outside the little American alt-rock sphere we were looking in on. I think we used to be very afraid of being earnest. And now we’re able to be tender or heartfelt without feeling too guilty about it. This record cost us about £500 to make, and that was mainly spent on an 8 track tape recorder and a dehumidifier. We self-produced it in our studio [the affectionately named ‘Jelly Boy Studios’, where the band also recorded their debut, ‘Weird Little Birthday’]. The building’s being redeveloped at the end of the year, so this is the last record we’ll make there, which feels like the end of a chapter for us.”