Born and raised in Louisville, Ky., L. Young has released three albums to date (2004’s “’They Just Don’t Know”, and 2008’s “The 12th Letter”) and “Love Is A Verb”, released in early 2011. He now resides in Los Angeles where he has made a major impact on the local and regional live music scene. L. has graced the stage with such artists as Patti LaBelle, Toni Braxton, Gladys Knight, Malcolm-Jamal Warner, Teena Marie and Jermaine Jackson just to name a few. Some of his credits include writing and production on KeKe Wyatt’s 2010 release Who Knew, production of Babygirl (Terrys Theme) for B2K on the 2002 Barbershop Soundtrack, and writing and producing Nicole Sherzinger from the platinum selling recording group The Pussycat Dolls. L. also has songs on the platinum selling Booty Call soundtrack, Dangerous Grounds, The Long Kiss Goodnight, and Dough Boys soundtracks and is currently in the studio with En Vogue working on their long anticipated comeback CD. You will also find L credited for music in many network tv shows such as The new CW’s The Game, Girlfriends, ABC’s According To Jim, One Life To Live, VH1’s Basketball Wives, and USA Network’s Burn Notice. He has also appeared and/or performed on various television shows and movies such as NBC’s Scrubs, Nickelodeon’s Just Jordan and New Line Cinema’s Hair Spray.

L Young – Love is a Verb 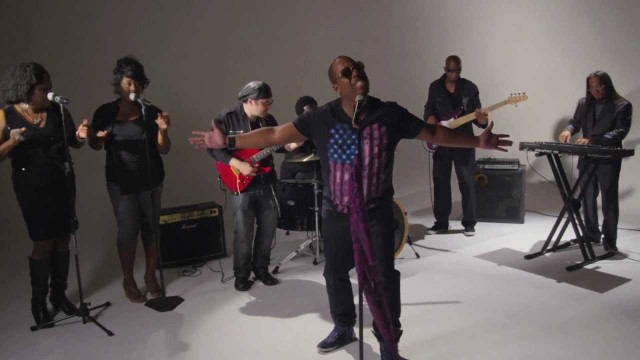