Somewhere between peat-bog and youth culture rises JR Green, brethren progeny of the Pictish heartlands. Hailing from Ardnamurchan, the most westerly point in perfidious Albion, siblings Jacob and Rory Green offer Celtic tradition fused with unyielding, veracious lyricism and thunderous, euphoric songwriting. Balderdash to your Bon Ivers and codswallop to your Mumfords, the brothers Green have lain to rest the epoch of sexless, gritless folk-pop with their atavistic clarion-calling strains. Thanks to 2015’s Bring The Witch Doctor EP, (released via Hits The Fan), and its two irresistible singles – ‘Nigerian Princess’ and ‘First Blood’, JR Green became fixtures on 2016’s ‘Ones To Watch’ lists, receiving plaudits on the wireless all over the BBC from Huw Stephens and Phil Taggart on Radio 1, to airplay on 6Music and BBC Radio Scotland. 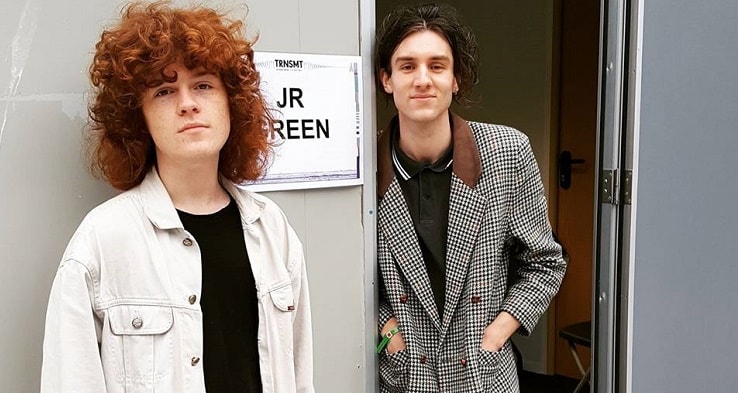 Highlights from the past year include a live concert for Vic Galloway (alongside C Duncan and Trembling Bells) as part of BBC Music at Celtic Connections, two shows at The Great Escape, performances at LA’s MusExpo and numerous festivals and shows throughout UK and the continent. Their new digital-only single ‘Technicolour Native’ precedes the five-track Flora EP in August, with a string of live dates planned throughout summer including TRNSMT, Belladrum Festival and Colour Television, their very own monthly residence in Glasgow, which starts on the 28th of July.

“Imagine a jungle so verdant in its wonder that the sharp arrows of hardship can’t reach you through the forest’s fertile thicket. It’s your very own wilderness to ramble through, the noble savage emblazoned in brilliant technicolour. And we’re with you, through adversity and in battle.”

Get lost in the sonic arbours of JR Green with ‘Technicolour Native’, a babbling brook of crystal melodies and pure arpeggios plashing gently against your wearied soul. Buoyed by the birdsong vocals and ensconced in the lap of its silken production, ‘Technicolour Native’ is an aural escape from the quotidian cares of life. It’s a meditation on beauty and retreat delivered artfully into your eardrums by the Green brothers, those Celtic troubadours whose beatific songwriting continues to find new and bigger sonic pastures. Above all, ’Technicolour Native’ is a symbolic saunter to the heart of what it means to be alive and to be human, regardless of time and place.