Skip to content
Home » Music » Marged: Call From U

Forward-thinking Welsh electronic artist Marged cuts through the clamour with ‘Call From U’, her smooth return to the fold after adopting an updated moniker. Having received praise from the likes of Idolator, Indie Shuffle and Clash with two previous singles as MRGD, the Cardiff born artist is re-emerging from her creative South London scene in 2017. Her new material takes influence from the honesty and emotional vulnerability present in the work of Sade and Princess Nokia, and as an active feminist, she uses her writing to challenge the notion of what it is to be a modern, empowered woman. ‘Call From U’ is a song exploring the very first sexual encounter with a new partner from a female gaze. Making vulnerability sexy, the songs speak of loneliness and lust. 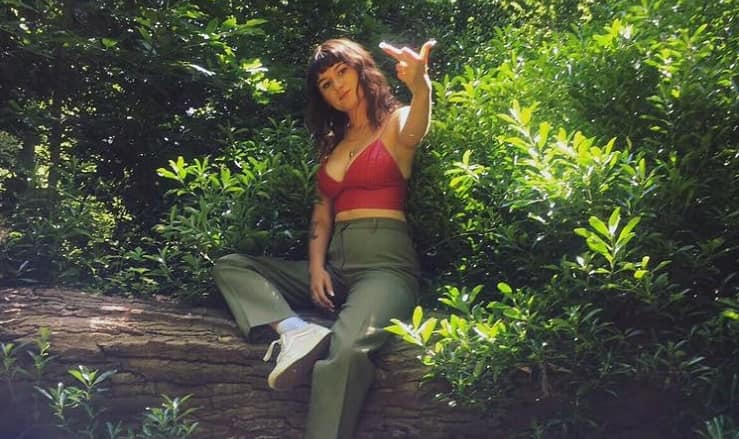 Rhodes style chords greet us as the track begins to carve out its sultry journey, offering an emotive layer of jazzy inflections to its already charming demeanour. The gently confident and rapturously seductive voice of Marged then breaks through the dusty understated R&B atmosphere. Her honeyed tones, provide an elegant platform for her starkly honest and real lyrical message. Marged explains: “I was a tired of the mainstream media telling me that feminism was about being independent and strong at all times. I wanted to write a song for us normal women who get sad about boys, who worry about their bank account and worry that they’re not good enough. There is strength in female vulnerability”

Marged: Call From U

Sakima is behind the production that allows Marged to display her phenomenal vocal range, from gentle whispers to climactic harmonies. His signature style of glossy pop and bass heavy trap, conjures a perfect partnership between Marged’s voice and the beat – an ability that has garnered support in the past from Billboard, Pigeons and Planes, Stereogum, The 405 and THUMP. ‘Call From U’ is a liberating piece of self-reflective pop, that offers a refreshing insight into an artist’s sociopolitical passions. With her musical mandate clearly set out, Marged has commenced her journey into the limelight with exceptional style and fashion.

Marged: Call From U Lyrics: