Skip to content
Home » Music » Joanna Teters – By Your Side

By age 17, Joanna Teters was already beginning to prove herself as a talented and motivated musician. She first began working with bass player Ben Carr as bass/vocal duo in the summer of 2009 and later expanded to a full five piece band, now known as Mad Satta. In her first year at Berklee College of Music, she was selected as a featured soloist with the incredible “Rhythm of the Universe” project, released an album with Mad Satta (previously known as The Joanna Teters Experiment), was the lead singer in the well known reggae band Hi-Gate Soundsystem, studied and performed with the Bob Marley ensemble and Lenny Stallworth’s Funk and Soul and P-Funk ensembles, been a featured vocalist on a myriad of other artist’s tracks and performed in many venues in Boston and the tri-state area— and this is just the beginning. She is a motivated and devoted singer that will bring a unique sound to any project she is involved in. Over the past two years, she has worked with fellow Berklee bass player/producer Drew Moore to create four unique tracks (6 to the 8, X, Big Fat Bass, Oxidizer.) She recently traveled to Los Angeles in the summer of 2011 to play Brazilian bossa nova and samba with Berklee Presidential Scholar Balam Garcia, and then to San Juan, Puerto Rico to tour with her band Da’Bone Hip Hop Project in January of 2012. She is currently setting up a tour with Mad Satta for the summer of 2012 where they will play both originals and arrangements of covers ranging from jazz to funk to R&B.

Joanna Teters – By Your Side (acoustic)

Mad Satta is coming up through the ranks and carving a place for themselves in today’s world by bringing passionate, forward-thinking new school soul back into the airwaves. This ultra-tight eight-piece outfit concocts lush neo-soul awash in electric organs, bright horns, and deep bass-line grooves. Frontwoman Joanna Teters, increasingly known for her powerful voice and relaxed presence turns heads with her ability to switch effortlessly from a smooth-but-smokey lilt into a rugged reggae delivery. She is joined by bass player Ben Carr, keyboardist Kevin Theodore (Ever Forthright, Soul Understated), guitarist Ted Morcaldi and multi-instrumentalist and drummer Zane West. In June of 2012, by adding Collin Wade on alto sax, Eric Zeiser on trumpet and Jason Fitch on tenor sax, Mad Satta took their sound to the next level. They have since shared the stage with some notable musicians and musical acts— Ozomatli, Afrika Bambaataa, Gabriel Garzon-Montano and The Stepkids to name a few, and continue to appear all over the east coast. Mad Satta’s highly anticipated debut album “Comfort” is set for a summer 2014 release, produced by triple Grammy-winner Prince Charles Alexander.

Joanna Teters – By Your Side Lyrics: 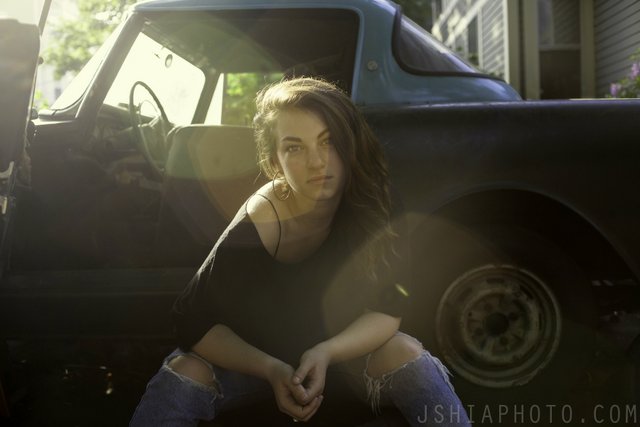