Skip to content
Home » Music » Jessi Malay: Do It

Born and raised in Los Angeles, Jessi Malay is an American singer, songwriter and entrepreneur. Jessi has had a passion for performing since the age of 2 when she first started singing and dancing. By the age of 8, she was touring the world with performing groups Kidpower and Rock Theater. As a teenager she was signed to Jive Records as the lead singer of the girl group No Secrets. Following a successful album release and song appearances on The Hot Chick, Jimmy Neutron, PowerpuffGirls, and Disney’s Sleeping Beauty, the group dissolved. During this period of time, Jessi graduated from high school and was accepted into her dream University, UCLA. A year later, Jessi signed with Reprise/Warner Bros. Records and began work on her first album as a solo artist. While at Warner Bros., Jessi worked with some of the hottest producers in the business including: JR Rotem (Destiny’s Child, Rick Ross (Ricky Rozay), Jason Derulo, Nicki Minaj), Andy Goldmark and Bruce Roberts (Cher, Whitney Houston, ‘N Sync, Donna Summer, Barbara Streisand, Elton John), Oak (Chris Brown, Rihanna, JLo) and Stargate (Rihanna, Ne-Yo, Wiz Khalifa). Jessi’s first solo release was her single “Gimme”, featuring Lil Scrappy in 2006. 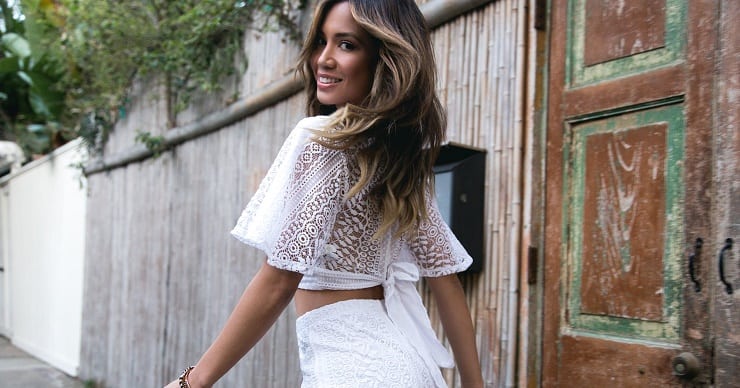 In 2007, she released “Booty Bangs”, featuring Yung Joc, which garnered a huge following among industry choreographers and dancers alike. After tearing her ACL and taking time off to recover from knee surgery, Jessi decided to return to UCLA to finish her studies. Upon graduating in 2012, Jessi got back in the studio to record her debut album and co-founded her own production company and label, The Coalition Group. In early 2013, Jessi released Bougie, a single inspired by her first visit to New York Fashion Week and her passion for fashion. Bougie quickly gained traction in clubs and on radio (Sirius XM’s ‘20 on 20’ and New York’s Z100). Along with the release of the song, Jessi released the music video for Bougie, which featured avant garde fashion trends, sexy choreography and a live panther. During this time, she started her own fashion blog, mywhiteT.com, which has garnered much attention from top designers and fellow fashion bloggers. Bougie also led to a nationwide club tour and landed Jessi as a finalist in Macy’s iHeart Radio Rising Star contest.

Jessi Malay: Do It Lyrics: