Once upon a time in a land far away, there lived a young girl with a magical passion brewing. Sprinkle talent with a dash of bravery and a ton of personality, add a few rocks and shake well…then POOF! You end up with Jade Novah. Her fairy tale begins in the town of Cleveland, Ohio. Born Lindsay Fields, this singer, songwriter and actress was given the title Jade Novah to embrace her dual personas. While Jade, embodying femininity, positivity and love, represents her lyrics and vocals, Novah – defined as an exploding star – represents her theatrical and at times, comical side. Jade’s captivating voice, natural knack for acting and impersonations, and clever writing skills easily capture the hearts of many. After signing a publishing deal with Rondor/Universal Music Publishing, Jade Novah set out on an adventure to the town of Atlanta, GA to begin her solo artist career. In 2012, Jade teamed up with producer, songwriter, and multi-instrumentalist, Devin Johnson, to begin working on her debut album entitled, “In Search of Me.” This album will feature a unique fusion of musical theater and R&B, creating an experience described as “visuals through sound.”
Jade Novah – Show Out

To compliment her success, in 2012, Novah caught the eyes of Rolling Stone editors when her YouTube rendition of Rihanna’s “Diamonds” reached more than 11 million. The publication graded her performance and presentation an A+ and had this to say: “…a singer with vocal chops that give Ri-Ri a run for her money, and with enough of her own bright-eyed personality to come across like an artist in her own right.” Additionally, she napped a top five spot on Ryan Seacrest’s list of favorite new covers of Christmas classics. 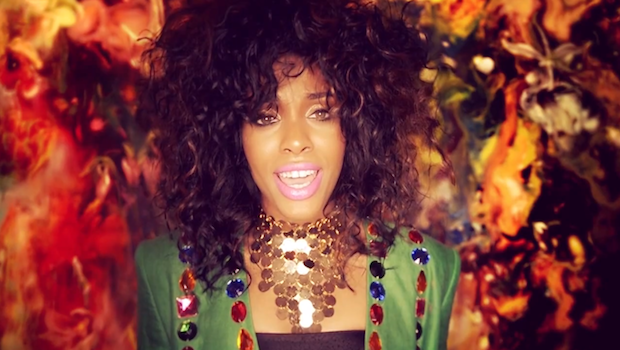