[Verse 1: George Watsky]
I’m getting Hummus, hummus
I’m getting hummus, hummus
I’m at the park playing dodgeball
Drinking San Pellegrino like it’s Cristal
No school, alcohol
Living no rules—Calvinball
You wanna brawl? Ho please
I sprinkle you with some goat cheese
I get it straight from the fuckin’ farm
I even put goat cheese in my lucky charms
I’m at the taco truck looking like a mack
I roll my Rs hard like I’m busting off a gat
It’s like, “hola mama, I’m your papa”
May I please have dos Horrrrrrrrrchatas?
I’m like brap brap brap!
When I smack your ass fast with my backpack strap

[Verse 2: Chinaka]
Pencil to the neck, razor to your innertube
Bullet to your disrespect, I hate your hipster attitude
Your whole chassez, acting like you own us with your whole passé
Dance around the issue patna, no plié
But you’ll get broke for that French shit, so cassé
And you can put that in your lit mag and your Tumblr blog
Eat it with the bacon off your farm fresh hog
Sip it like Kombucha, hope your last meal suit ya
Do-gooder types, commuters on bikes
Brooding 20-somethings with the coolest of “likes”
You be loving on my city like johns
Rubbing on her titties leaving money in palms
Our rumbling guts can only hunger so much
Plus we redundantly blunted in lieu of giving a fuck
We’ll cut you for the scratch
Leave in on a tee
And if we’ve done it properly you’re copping it from Treat, ‘cause
[Hook]

[Verse 3]
Look in the mirror and it’s clear I’ve become one of ‘em
Kill me please if I’m one of ‘em
I walk the block like I’m hot shit
I gentrified the corner store just buying hot chips
But now I’m caught red-handed
With this land so make me a dead bandit
And if you see me sipping at an open keg
Put me down like a horse with a broken leg. 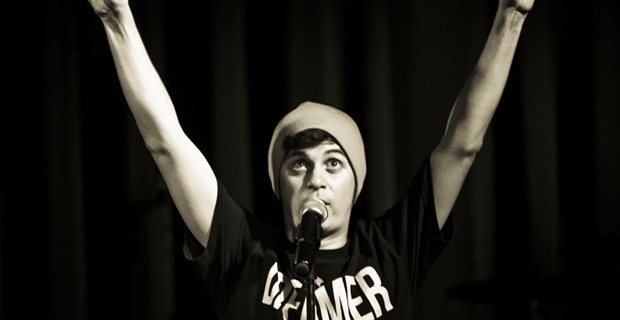