Hyperdimension Neptunia U: Action Unleashed is a hack and slash video game developed by Tamsoft and published by Compile Heart in Japan and Idea Factory in the west. Prepare yourself for a whirlwind of fast-paced action! Hyper dimension Neptunia U: Action Unleashed, the first-ever foray into the 3D action hack ‘n’ slash genre for the Hyper dimension Neptunia universe, is coming exclusively on the PlayStation Vita. Featuring new playable characters, as well as customizable equipment and over-the-top skills that haven’t been seen in previous Neptunia games, this game has something to offer old series fans and new fans alike. Gamindustri -a world protected by the four CPUs and their CPU Candidates. No world can remain unseen by the eyes of evil, but due to the combined efforts of the CPUs and the CPU Candidates, no strong enemies or monsters are able to cause any chaos. Thus, the CPUs and their people find themselves in a peaceful boredom. Amidst this relaxing time, the CPUs are approached with a fascinating proposition. The world of Gamindustri is experiencing a strange calm – the Goddesses protecting each nation are all at peace, and there’s not an apocalyptic threat in sight! In order to shake things up with a good story, the world’s leading journalists Dengekiko and Famitsu challenge the CPUs and CPU Candidates to complete a series of missions but soon they all may be in for a far bigger scoop in this action-packed hack ‘n’ slash! 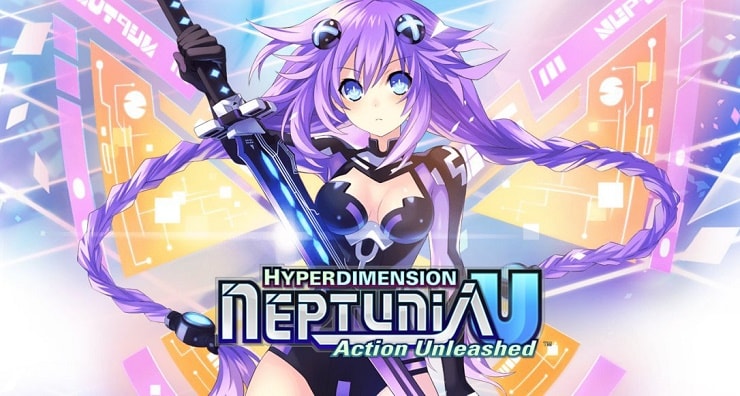