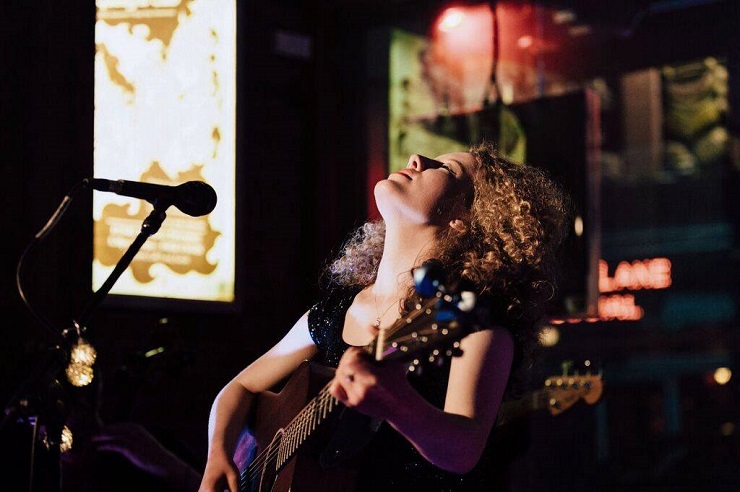 A Leeds based singer-songwriter, Hollie Haines is paving her own way in the music industry, making music that is straight from the heard and undeniably entertaining. After performing to a crowd of 2000 at just sixteen years old, Hollie has gone from strength to strength. She was the youngest finalist in the 2014 Cambridge Band Competition, playing live at the Cambridge Junction and subsequently went on to play at the UK’s largest one-day festival, Strawberry Fair.

More recently Hollie has also played at a variety of Leeds and London venues including ‘Paradise by way of Kensal Green’ and ‘The Lucky Pig’ in Fitzrovia.

Her songs have been aired on BBC Introducing (West Yorkshire and Essex.) After an interview and live set on BBC Radio Cambridgeshire she received high praise from show presenter Antonia Brickell and was invited back to play a longer set on the Sue Dougan Show a month later. She has also received praise from Underworld front man Karl Hyde, Star Radio presenter and local promoter Tim Willets, as well as one of Sam Smith’s vocal coaches Joanna Eden.

Hollies’ style takes modern singer/songwriter music and mixes it with deep cello lines, rich harmonies and a powerful vocal line, creating a unique and captivating sound that is second to none. A true showcase of her talents, Hollie has recently revealed her debut single ‘Romeo’ – check it out above, and find it below via iTunes.